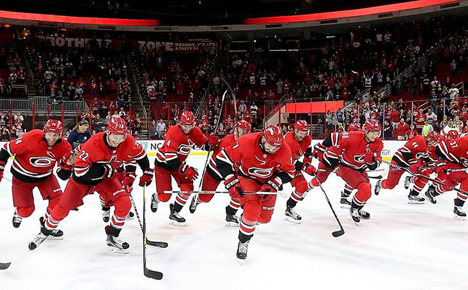 With NHL rosters now mostly set for the remainder of the season, which teams should you consider placing a futures bet on for the Stanley Cup?

Now that the 2022 NHL trade deadline has come and gone, rosters are pretty much set for the season. Take a good look around the league, because now that the dust has settled, only a select few teams have a real shot to hoist the Stanley Cup.

Here are some worth placing a futures bet on now, especially at the current odds. 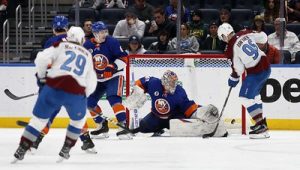 The Colorado Avalanche has been dominant all season long and currently leads the NHL in points at100. The team has elite scoring from the offense in Nazem Kadri, Mikko Rantanen and Nathan MacKinnon, who all rank Top 20 in the NHL in points. MacKinnon is out for the moment with a hand injury suffered in a fight with Minnesota Wild’s Matt Dumba on Sunday. The Avs also get a lot of scoring from the star defensive duo of Cale Makar and Devon Toews. These five have played a large part in the team ranking second in the NHL in goals scored with 253.

It doesn’t hurt the Avs’ chances that Darcy Kuemper is one of the best goaltenders in the league, ranking Top 10 in wins (8th, 30), goals allowed/game (9th, 2.41) and save percentage (7th, .923). There isn’t a weak spot in this team, and it’s hard to see them losing a seven-game series.

Sign up to wager at Hard Rock, and get a first deposit match of up to $100. Place your first bet of $5 or more on any sports game with odds -250 or higher. Win or lose, the Bet Match is yours.

The Florida Panthers are led by “Johnny Hockey” Huberdeau, who has the most assists in the NHL this year with 69 and is tied for third-most total points with 90. The team leads the NHL in goals scored with 264.

On the back end, the Panthers are led by one of the game’s best goaltenders in Sergei Bobrovsky. They also traded for longtime Philadelphia Flyers’ captain Claude Giroux at the deadline, and now feature an even deeper offensive attack. This can mean a very dangerous matchup for any team come postseason time.

Sign up to wager on hockey at PlaySugarHouse and you’ll be eligible for a 100% first-deposit match of up to $250. Because you deserve more! 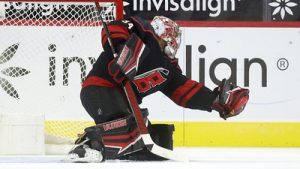 The Carolina Hurricanes have allowed the least goals (157) in the NHL, thanks in large part to the performance of goaltender Frederik Anderson. He’s made a strong case for the Vezina Trophy for best NHL goaltender of the year, behind Top 3 rankings in wins (T-3rd, 32), goals allowed/game (1st, 2.05) and save percentage (T-2nd, .927).

The team relies heavily on Anderson and a tight defense, which could present a matchup problem for any offensive team. Expect the team with the most points in the Eastern Conference (95) to make some noise in the playoffs.

Parlay Boost adds to your winnings at Golden Nugget! Place a parlay with each (leg) having odds of -145 or greater. The boost will be paid out automatically when the bet is settled. 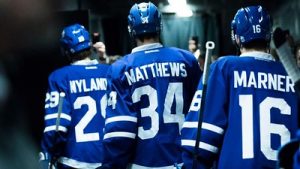 The Toronto Maple Leafs have the third-highest scoring offense in the NHL with 239 goals. Their scoring comes mainly from the center position, as the Matthews-Marner-Tavares-Nylander combo has accounted for 121 goals and 156 assists combined.

The team’s defense is average and their goaltending is decent, so they’ll rely on their high-paced offense to carry them through the playoffs. Since their scoring is well-balanced throughout all of the team’s lines, it’s reasonable to expect consistency in the score column for Toronto. If multiple lines get hot at the right time, the Leafs are absolutely capable of making a run to the Stanley Cup.

Hit the ice and score a $10 Live Free Bet at BetMGM. Just place a $50 live wager on any NHL game on Wednesday or Thursday to receive a $10 Free Bet for your next live sports wager. 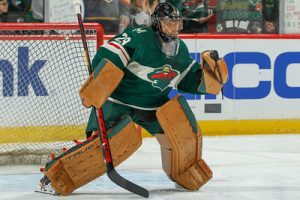 The Minnesota Wild rank just below Toronto in goals scored this season with 237 and feature a deep offensive attack with several high-scoring defenders. The Wild has struggled with defense and goaltending so far this season, so the team added veteran goaltender Marc-Andre Fleury to the fold. Fleury is a Stanley Cup champion and will offer key experience to his new team in its attempt to win one this postseason. If they can tighten up on the defensive end, the Wild can make a serious run at the title this year. At +2000, it’s a chance well worth taking.

There are a handful of clearly superior teams in the pack and now’s your time to lock the right ones in, nice and early before they make a run and their odds shrink. Be sure to consider possible seeding and matchups when placing these bets. Enjoy the stretch run of this NHL season and good luck!