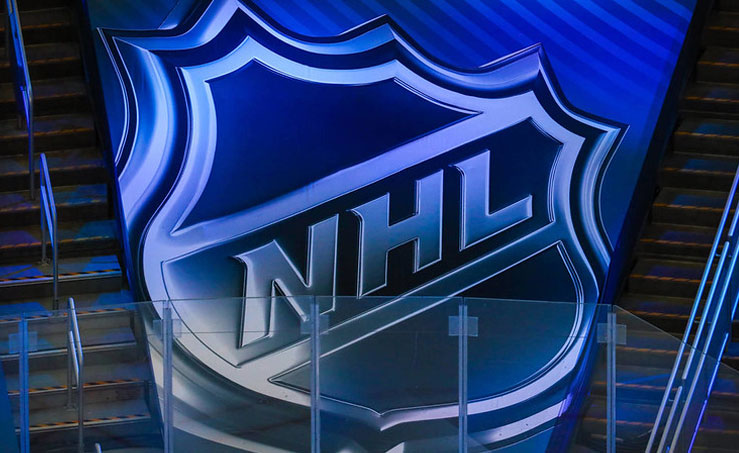 This NHL season, Tampa Bay hopes for a three-peat, while the Vegas Golden Knights grapple with losing Fleury. Let’s see where all the teams stand right now.

NHL preseason games began Saturday, and the 2021-2022 season is less than two weeks away.

Tampa Bay’s won two consecutive Stanley Cups, but they aren’t the favorites to hoist the hardware this season. The Colorado Avalanche are the top pick at most sportsbooks with odds anywhere from +500 to +600.

But the Avalanche lost two key offensive players from last year’s team, which was defeated by the Golden Knights in the second round. Forward Joonas Donskoi was taken by the Kraken in the expansion draft, and Brandon Saad left for a better deal with the St. Louis Blues. 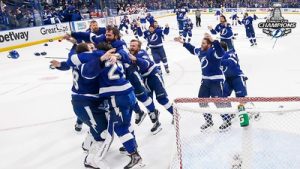 If the Tampa Bay Lightning are going to win their third consecutive Stanley Cup, they have to overcome the offseason loss of their entire third line. Barclay Goodrow was traded to the New York Rangers, Yanni Gourde, left unprotected, was snatched up by the Kraken, and Blake Coleman signed with the Calgary Flames.

Not only is Tampa Bay the second pick to win the Stanley Cup at +700, they’re the favorite to win the Atlantic Division (+175), and the Eastern Conference (+300) at BetRivers.

He told reporters, “There’s a lot of reason to believe we can continue to compete for the Stanley Cup over the next few years, at least for the next three, considering all these players are under contract and we’re going to be able to keep them going forward.”

Chemistry Could Be Issue in Las Vegas 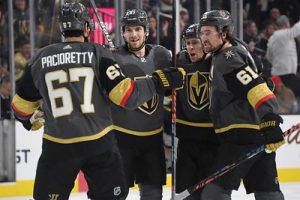 Fans of the Vegas Golden Knights were ready to storm T-Mobile Arena when they learned that beloved goalie Marc-Andre Fleury was traded to the Chicago Blackhawks. The organization explained it was necessary to deal the face of the team to try and free up some money with the salary cap.

That still didn’t sit well with the rabid fan base, even if the team was able to pull a separate deal to get forward Nolan Patrick to help bolster the offense. Patrick, 22, will probably center the third line, pairing up with wingers Mattias Janmark and Evgenii Dadonov.

Then, just as fans were accepting the loss of Fleury, general manager Kelly McCrimmon dealt enforcer Ryan Reaves to the Rangers. If Fleury was the soul of the Golden Knights, Reaves was the heart.

McCrimmon tried to assure fans that the team will be able to make a push for the Stanley Cup, but bonding could be a factor this season.

The Golden Knights are the third pick at sportsbooks to win the Stanley Cup, fetching odds of anywhere from +700 to +850. They’re an overwhelming -2000 to make the playoffs at BetMGM, as well as +300 at Caesars to win the Western Conference. 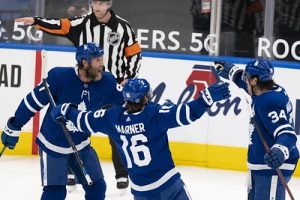 This might be a make-or-break year for the Toronto Maple Leafs. They exited quickly from the Stanley Cup Playoffs last year, getting bounced by eventual Eastern Conference Champion Montreal in the first round.

Now Toronto rejoins the Atlantic Division after last year’s necessary Canadian-only division due to Covid-19. The North division was easier than what they can expect the Atlantic to be. They are sporting -1000 odds to make the playoffs, but making a deep run might be too much to ask. They are +1200 to win the Cup, and +600 to win the Eastern Conference, behind Tampa Bay (+350) and the Boston Bruins (+550).