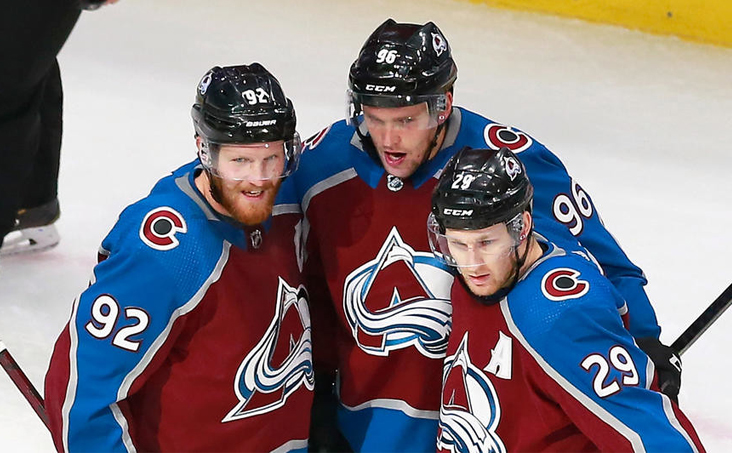 When the NHL season begins Wednesday, teams will be grouped into four divisions, and only play teams in those divisions. This Covid-cautious format could stoke old rivalries and create new ones—and that counts for bettors.

When the NHL season begins on January 13, players will meet under an unusual format. Because of Covid-19 concerns, teams have been grouped into four geographically-friendly divisions. They’ll only play against other teams in the same divisions.

That means that, in the 56-game schedule, teams in three of the four divisions will face each other eight times. In the Canadian (North) division, they’ll play each other 10 times.

Earn more on parlays at BetMGM.com. That’s right, hockey fans. Place a 4-7 leg parlay on any combination of sporting events. You’ll get up to 40% more on winning parlays.

“I think I’m going to be in the penalty box a little bit more, just with the hate that you’re going to probably get for a lot of these teams,” Foligno said. “I don’t think we’re used to playing playoff series against every single team in our division. You think about it, and it’s pretty much what it is.”

While Foligno may not love the scenario, it could be a boon for gamblers. If teams play more physical contests, low-scoring games could be the norm. That means the under might be a good bet.

“There’s a reason the NHL plays their playoffs within the division—it’s to create those rivalries and that hatred,” DeBoer said. “We don’t get a lot of that during the regular season, bumping around from city to city with absolutely no back-to-backs against the same team in the same city.”

That will all change this year. According to DeBoer, a shortened NHL season combined with multiple games against the same teams, including back-to-backs and sometimes four in a row, fans will see “a lot of hatred on the ice, a lot of familiarity with each other, and a lot of battles that spill over from Game 1 to Game 2 to Game 3.”

So back-to-back games in one location will be a regular sight this season. Let’s look at the opening games of the NHL season and serve up some odds and predictions.

The two Pennsylvania teams are already rivals, and this should only intensify throughout the season. The Philadelphia Flyers are the second pick (+350) to win the East Division behind the Boston Bruins. The Pittsburgh Penguins are the third choice at +450.

The Flyers are coming off a disappointing playoff appearance last year. But getting forward, having Oskar Lindblom and Nolan Patrick back from injury should definitely help.

The Penguins get some scoring punch with Kasperi Kapanen, who will work with Sidney Crosby and Jake Guentzel.

Boost your personalized single game parlays—your way, every day—at PointsBet.com. Build any 3+ Leg Single Game Parlay of your choosing and boost the final price yourself!

The Montreal Canadiens could be the NHL’s most improved team from last year, and this match-up with the Toronto Maple Leafs will certainly be an indicator of how much they’ve upgraded their game.

Montreal lost Max Domi and Dale Weise, but added several offensive players, including ex-LA King Tyler Toffoli. Veteran Corey Perry should give the squad some scrappiness, which will help with all the multiple games the team has to play against other Canadian teams.

Toronto has star power with Auston Matthews, John Tavares and Mitch Marner, who should provide plenty of scoring. They Maple Leafs also get a break playing in the Canadian Division. They should roll over teams like Montreal.

Defending Stanley Cup champions the Tampa Bay Lightning begin the season against the Chicago Blackhawks, who unfortunately don’t have a clear No. 1 goaltender.

Tampa Bay, meanwhile, is the overwhelming favorite to win the Central Division, and the second pick behind Colorado to win the Stanley Cup. The Lightning has been dominant in the NHL for the last few years, and the team is finally living up to its potential.

Playing teams like the Blackhawks, the Florida Panthers and the Detroit Red Wings 24 times should help pad their point total. This game has the biggest odds, and could get real ugly, real early.

The Vancouver Canucks were the better of the two teams last year, but that could change this NHL season. The opening game between the Canucks and the Edmonton Oilers will definitely provide a clue.

Both Vancouver and Edmonton are expected to make the playoffs, and the two will most likely battle for the second and third spot in the North Division.

Despite being the favorite to win the Stanley Cup, the Avalanche aren’t getting a whole lot of respect in this game against the St. Louis Blues. The Avalanche are only -135 to defeat the Blues, who are behind both Colorado and the Vegas Golden Knights in the West Division.

Colorado is loaded, and should score buckets of goals. So the over in this game looks very attractive. The Blues are no slouches when it comes to putting the puck in the back of the net. At +115, they might be worth taking a flyer on in this game.

Online, all the time! Check iGamingPlayer for the latest on mobile sports betting, online casino gambling, and ways you can be a better bettor.

For more tips on how to bet in the NHL season, go to https://www.igamingplayer.com/nhl-live-hockey-betting-tips-tricks/