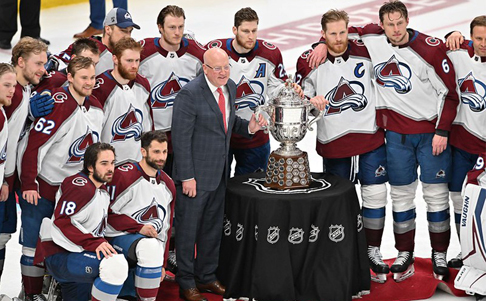 The Colorado Avalanche are heavy favorites to repeat at Stanley Cup champions again this coming season. Should you bet on them or the field?

The Colorado Avalanche recently concluded the seemingly endless reign of the Tampa Bay Lightning, preventing the Bolts from winning their third consecutive Stanley Cup. With the dominant season that the Avalanche had leading up to lifting Lord Stanley’s trophy, they are substantial favorites to do the same again a year from now.

The following eight teams seem to be the real contenders heading into the 2022-23 season. Lots can change after free agency, but these are the teams with strong cores already intact that are looking to make complementary moves to increase their championship odds.

Let’s see how free agency plays out and will perhaps skew these odds as it goes along. For now, see if you can jump on some great value at the current odds! Here are the teams with the shortest odds to win the Cup this coming season and a preview of each. 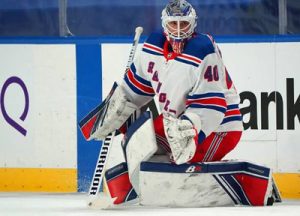 After an absolutely dominant 2021-22 season featuring a core of players in their primes, the Avalanche find themselves with significantly shorter odds than any other team to win the 2023 Cup, and rightfully so.

The most drastic change of the offseason for the defending champs has likely already happened, as they acquired goaltender Alexandar Georgiev from the Rangers and thus are allowing incumbent starter Darcy Kuemper to enter free agency.

This was a tough call, but the team would have had a tough time bringing Kuemper back with the contract he’ll likely command after becoming a Stanley Cup champion netminder. The team’s core is still largely intact even after this move and it is still a very safe bet to assume the Avs will be in or near the Stanley Cup Finals again next season. 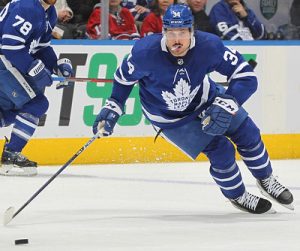 The Toronto Maple Leafs figure to be better this coming season after a first-round bounce from the playoffs at the hands of Tampa Bay. They will retain the services of reigning league MVP Auston Matthews as well as the other half of his dynamic duo in Mitchell Marner.

On top of these two young stars, the team has traded for two-time Cup champion goaltender Matt Murray to add into the mix. Murray has demonstrated proven success in his young career, but is coming off an injury-riddled season and will look to get back into form with this championship-minded Leafs team. This young core figures to continue growing and realizing its potential, which could very well be a Stanley Cup title this year or in the very near future.

This Tampa Bay squad just finds a way to put itself in position to win the Stanley Cup year in and year out. The team has reached three consecutive Cup finals and came up just two games short of making it three straight titles this season.

The main core of Steven Stamkos, Victor Hedman, and Nikita Kucherov, with Andre Vasilevskiy in net, will be returning for another shot at a deep postseason run this coming season. The biggest free agent question mark is veteran winger Ondrej Palat, who may be on the move and would be taking his 49 points along with him.

But the Lightning have shown over the past few years that they can adjust very well and make it work with the talent they have. You can never rule this team out anymore. 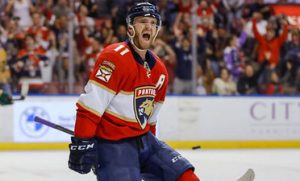 It is easy to forget, after a second-round sweep at the hands of the in-state rival Lightning, that the Florida Panthers were the NHL’s best team in the regular season a year ago. Winger Jonathan Huberdeau and goalie Sergei Bobrovsky were dominant all season long and simply were overmatched by championship experience in facing Tampa Bay in the playoffs.

The team will be almost completely back this coming season and will be sure to make some tweaks to the roster in free agency as well. At +1200, this is great value for proven commodity with a chip on its shoulder heading into 2022-23.

The Vegas Golden Knights return to the top five in Stanley Cup odds after missing the postseason this past year. The team was plagued with injuries and didn’t stand much of a chance in qualifying for the postseason.

But with their main core and new head coach, Bruce Cassidy, this team should be able to get right back to the top of the league where they are comfortable being. They also have the ability to move some contracts around and create cap space to make a free agent signing or two depending on how content they are with the current roster. Either way, this team will be back in a big way in this coming season and +1200 could prove to be a steal. 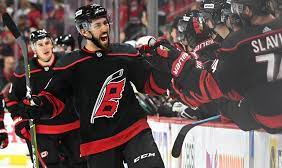 The Carolina Hurricanes made a slightly surprising second-round run in this past Stanley Cup playoffs, falling just short to the Edmonton Oilers in that series. They have already traded defenseman Tony DeAngelo to the Flyers and have a few players set to hit the free agent market.

They have a strong young core that seems to be realizing its potential earlier than expected and now just need to add some quality veterans to the mix. The Hurricaines struggled with putting the puck in the net in this past postseason run and could greatly benefit from adding a proven goal-scoring threat. This could be a different looking team heading into the season and if that change is for the better, watch out for the young Canes this year.

Goaltender Igor Shesterkin became a star in this past postseason, leading his team to the Eastern Conference Finals. He allowed just over two goals a game in the regular season and doubled down on this effort in the playoffs, becoming nearly impossible to score on.

Of course, the unstoppable force of Tampa Bay found a way, but that shouldn’t discount the growth of the young netminder and the potential for dominance again this season. The team will have its core back together this year with the potential to make a splash in free agency if it wants to. The Rangers are on the brink of serious title contention and with the right moves, could find themselves much higher on this list come the season opener. 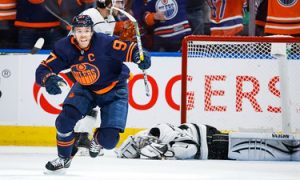 The Edmonton Oilers will be relevant as long as it has the duo of Connor McDavid and Leon Draisaitl in its uniform. The team is rumored to be adding ex-Maple Leaf goaltender Jack Campbell to fill its void at the spot for this season, which would be a nice upgrade for the team.

One big question mark will be Edmonton’s ability to bring back winger Evander Kane, who will be testing the free agent market for a big contract. The hope is that he can’t find one and returns on a more team-friendly deal to compete for a Stanley Cup next year. If the team can sign Campbell and retain Kane, this will be a dangerous bunch heading into this coming season.

Don’t miss a minute of the upcoming NHL season with fuboTV. Watch Live or Stream – sign up here.