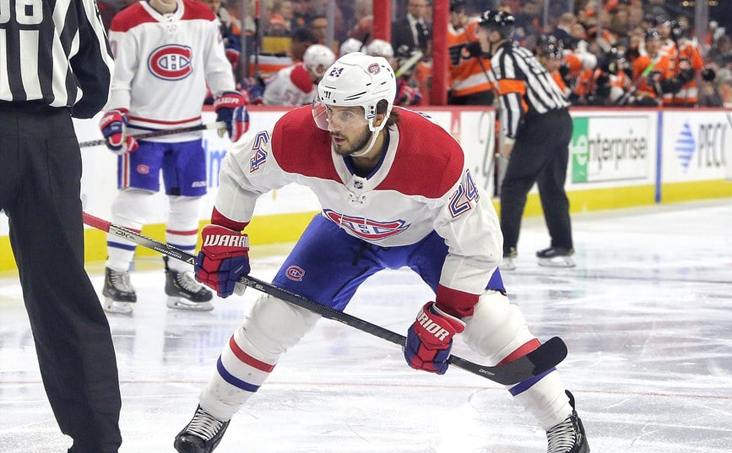 It's early in the NHL season, but not too early to call some trends. Here are teams to watch, and teams whose stock is trending down.

It’s early in the NHL season, but not too early to see which teams are meeting expectations so far.

Even with just a handful of games, it’s clear who’s here to compete, who’s not, and who’s for real. So let’s look at the early season stock watch for 2020-21, along with the current power rankings. Here are the teams to watch, and teams whose stock is on the slide.

The Montreal Canadiens (10 pts: 4-0-2) weren’t impressive at all last year. The team was just-average to slightly-below-average until the Covid-19 shutdown. But once the league returned from its hiatus, the Canadiens shot out of a cannon, and quickly got into the playoff race. Unfortunately, in the first round of the postseason, they ran into one of the hottest teams in the league, the Philadelphia Flyers. As a result, they were eliminated. But they also impressed a lot of people along the way.

The Habs are currently tied for the best start this season, with the largest goal differential (+11). Because they’re still fueled by last year’s momentum, don’t bet against them any time soon.

This team still has a sour taste in its mouth from last year’s postseason. While the Toronto Maple Leafs (10 pts: 5-2-0) played well in the regular season and earned their invite to the playoff bubble, they didn’t perform once they arrived. Maybe that’s why they’re showing some urgency this year. C Mitchell Marner is playing tremendous hockey for the Leafs, with four goals and six assists in just 10 games. And the rest of the top two lines aren’t far behind.

So keep an eye on this team. It looks to be a legitimate contender this season.

The Colorado Avalanche (6 pts: 3-3-0) made it to the second round of the playoffs last season, and had a slow start to this one. Even more, the team has split each two-game set so far—and that’s not a positive sign for a potential playoff run. Even at 1-1 at home and 2-2 on the road, the Avalanche just look inconsistent so far.

Nathan MacKinnon and Mikko Rantanen are doing all the work for this team right now, and they’ll need much more help very soon.

Here’s another team that won a playoff series just a few months ago, but fell flat on their faces out of the gates. The Vancouver Canucks (4 pts: 2-5-0) have the most losses in the league, and the worst goal differential (-13). So there isn’t much to say in their favor.

This team has gone from Stanley Cup hopefuls to the worst team in the league in just a few games, which leaves them at a longshot to keep their postseason hopes alive.

Go Big and Double Your First Deposit at GoldenNuggetCasino.com. Your first deposit will be matched instantly, dollar-for-dollar up to $1,000!

The Nashville Predators (4 pts: 2-3-0) had a strong regular season a year ago, earning them a spot in the postseason play-in bracket. Unfortunately, the team underperformed and couldn’t advance to the elimination round. It seems the Predators have carried their disappointment into the current season, as their play has yet to recover.

But never say never. Because a recent bounce-back—two consecutive wins over the Columbus Blue Jackets—might just rejuvenate this squad.

The 2020-21 NHL season is still young, and a few teams on this list could make me eat my words in a couple months. But for now, your betslips should follow these storylines.

Looking for more betting tips for the 2020-21 NHL season? Read all about it right here. Good luck with the frozen action!