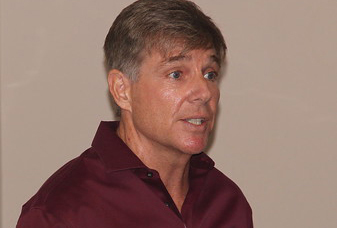 New Jersey lawmakers have introduced two bills to help Atlantic City casinos. One lets them borrow interest-free loans. The other grants tax and fee breaks. “It was heartbreaking to see so many of our casino families with no money,” said Senator Chris Brown (l.), “waiting in food lines.”

New Jersey lawmakers have introduced legislation to bolster an industry decimated by the coronavirus pandemic.

Assembly Bill 4031 lets casinos borrow interest-free loans from the state to cover property tax payments. The money would come from the Property Tax Relief Fund, a pot of money that provides tax breaks to lower-income and senior citizen residents. The money would be used to make payments in lieu of taxes that the casinos owe to the city of Atlantic City on May 1 and August 1.

Casinos would have 36 months to pay them back in full without interest, or face a 10 percent penalty. If not repaid in full within another 60 days, the Casino Control Commission must deem the owner or licensee disqualified to hold a casino license.

Assembly Bill 4032 grants tax breaks to the casinos on a sliding scale, depending on how steep a drop they’ve seen in revenue because of the pandemic. The breaks would come from the 8 percent tax on gross casino revenue and the 1.25 percent investment alternative tax. The state would compare February revenue to arrive at the scale.

The bill also allows casinos to defer fees through next January that they would have to collect on hotel bookings, and parking fees can be put off for two years. In another provision, the $500 annual license fee for each slot machine would be waived for a year starting July 1. That would collectively save the casinos nearly $9 million.

The Casino Association of New Jersey urged passage of the bills, calling them “critical to ensure our industry and its thousands of employees have a path forward once we are through this pandemic.”

Casinos would have to use the tax breaks to “rehire and employ former employees,” attract patrons to the casino and hotel, market and promote events to draw tourists to Atlantic City, and anything else that would help with the “return of pre-emergency economic, gaming and tourism levels” in the city, according to NJBIZ.

“This legislation will help stabilize this vital industry, support the safe reopening of our proprieties, and help us welcome back employees and guests as soon as stay-at-home order is lifted,” Steve Callender, president of the Casino Association of New Jersey, said in a statement. “We know that there is a long road ahead of us and our employees.”

“I’m sure the casino industry, they’re going to need help,” Mazzeo said. “But if you give loans out of the Property Tax Relief Fund, what does that do to the senior freeze and homestead rebate programs, which regular folks depend on to reduce property taxes?”

A lot of industries are going to need help, he said, and he’d rather see the state focus on getting unemployment payments out to the thousands of people who have been waiting for weeks for income.

Republican State Senator Chris Brown, worked with Sweeney on the bill. “It was heartbreaking to see so many of our casino families with no money, waiting in food lines simply to feed their children, because unemployment has been a complete disaster,” he said.

Other taxes and fees that would be waived or deferred currently fund the Casino Reinvestment Development Authority and its payment of bonds for the Atlantic City Convention Center and Jim Whelan Boardwalk Hall. The bill would allow the CRDA to use other pots of money for bond payments, but that would take money from community projects, Mazzeo said, according to the Press of Atlantic City.

“This legislation will also help us resume our purchases from New Jersey vendors, as well as the tax payments that are based on casino revenue and employment,” Callender said.