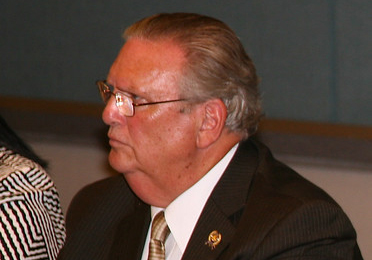 A New Jersey bill would permit betting on esports competitions. Assemblyman Ralph Caputo (l.), a sponsor, marvels at the number of people who flock to see esports, or competitive video gaming.

“I would say esports are the ‘next big thing’ when it comes to sporting events, but the fact of the matter is that video game tournaments are already a prominent form of skill-based competition,” said Assemblyman Ralph Caputo of Essex County, one the bill’s primary sponsors and chairman of the gaming committee. “We want to be ahead of the curve on this. The millennial generation is into this in a major way.”

Another sponsor, Assemblyman Eric Houghtaling, represents Monmouth Park Racetrack, which has a sportsbook.

“It’s important for our state to capitalize on this rapidly growing industry in order to both give our residents what they want and boost our economy,” Houghtaling said, according to the Press of Atlantic City. “The time is right for us to expand legal wagering beyond traditional sports.”

“The legalization of wagering on esports has the potential to make Atlantic City the esports capital of the U.S. and draw thousands of tourists to the area,” said Nicholas Casiello Jr., partner in Fox Rothschild’s Atlantic City office and chairman of the law firm’s gaming group.

Last year, the Division of Gaming Enforcement permitted legalized esports wagers for the League of Legends World Championship on a one-time basis with a $1,000 maximum bet.

According to Newzoo, an online gaming data provider, there were nearly 450 million esports viewers in 2019, and the gaming competitions generated more than $1 billion in revenue from various streams, such as sponsorship, advertising, merchandise and tickets.

“Our natural next step will be to allow e-sports betting in New Jersey, which will undoubtedly add a new revenue stream for our state. I’m pleased to see this legislation move forward in the Assembly and look forward to seeing it being signed into law,” said Assemblyman Vince Mazzeo, D-Atlantic.

According to the Associated Press, the state’s existing sports betting law is a bit too vague in terms of betting on esports, and lawmakers want to clarify what could be a lucrative source of revenue, as well as tourism dollars.

Steve Batzer, an advisor to G3Esports, said “the potential for esports in New Jersey is really incredible. This really is a new demographic target for Atlantic City.”

Newzoo projects it will generate $1.8 billion in economic activity by 2022. It projected the global esports audience would reach more than 453 million people in 2019.

The bill advanced Thursday would maintain a prohibition on betting on esports tournaments involving high schools, but would allow betting on college-level teams, as long as they are not based in New Jersey—the same prohibitions that apply to wagering on the state’s football, basketball and other athletic teams.

AC to Icahn: Tear Do