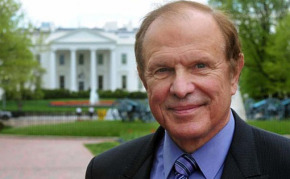 On August 25, New Jersey state Sen. Ray Lesniak plans to introduce a bill that would allow people outside of the state to place bets at New Jersey’s online casinos, according to Online Poker Report.

The bill could be the first step in allowing international and interstate player pooling, which could “drastically increase the ceiling for NJ online poker sites,” the Online Poker Report story says.

Lesniak, a Democrat who plans to retire from the senate at the end of 2017, will likely face plenty of obstacles—specifically gaining momentum for the bill during an election year. New Jersey will elect senators, assembly members and a governor to succeed Chris Christie in November.

The to-be-filed bill would help New Jersey’s iGaming industry. Lesniak has said he’d like to see the state become the “mecca of internet gaming.”

Long a champion of the New Jersey gambling industry, and especially iGaming, Lesniak is credited with the state enacting online gambling law in 2013.

“If Lesniak can’t muster support for the bill this year, someone else will have to take up his mantle,” states Online Poker Report.

The state senator also announced plans for a bill to fully repeal New Jersey’s sports betting ban. However, the status of that bill is uncertain, since the U.S. Supreme Court is taking up the case when its session begins in October.