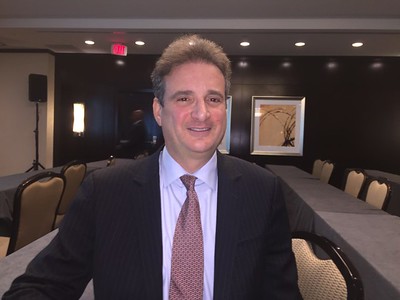 At a recent meeting of the Kentucky Interim Joint Committee on Licensing, Occupations and Administrative Regulations, sports gaming attorney Daniel Wallach said a constitutional amendment would not be required to allow sports betting in the state. Legislation pre-filed by committee chairman and state Rep. Adam Koenig would authorize sports betting at racetracks, the Kentucky Motor Speedway and online/mobile platforms.

South Florida-based Wallach, founder of Wallach Legal and co-founder of the University of New Hampshire School of Law’s Sports Wagering and Integrity Program, said, “The Kentucky constitution does not impede this legislative body from authorizing or licensing sports wagering within the commonwealth.” He noted other states’ constitutions “go much further than Kentucky’s. Kentucky’s constitution only prohibits a narrow species of gambling, which is lotteries.”

State Senator Damon Thayer said Wallach’s testimony indicates a constitutional amendment isn’t required to allow sports betting. “One thing the opponents of sports wagering cannot say is that this issue hasn’t been fully vetted because it has been, before this committee, multiple times. I think your testimony today provided an exclamation point before we head into session next month and the House considers Rep. Koenig’s bill.”