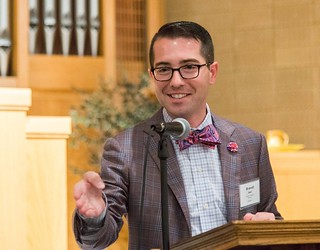 According to a 2017 Oxford Economics study commissioned by the American Gaming Association, under Iden’s bill a mature sports wagering market would generate $9.5 billion in annual handle, generating more than $600 million in taxable gaming win; the projection assumed a 10 percent tax rate.

Although the tax rate didn’t change, under the new version a sports betting operator would pay $100,000 for gaming license with a $5,000 annual renewal fee. The original version called for a $200,000 license fee with a $10,000 annual renewal. The new version also levies a 1.25 percent tax on the state’s three commercial casinos payable to city of Detroit. The effective tax rate for the Detroit casinos would be 9.25 percent.

What did change in the bill was online gaming. Whitmer has indicated she’s against it because it would negatively impact land-based casinos, particularly more remote tribal casinos. The new bill doesn’t mention online casinos.

Both versions of the sports betting bill allow operators to deduct promotional credits—freebies that are important marketing tools for attracting bettors.

Both the old and new versions of the bill allow professional leagues to use official data for in-game bets under “commercially reasonable terms.” It’s the same language used in Tennessee’s sports betting bill and seemingly gives leagues leverage in their lobbying in other states. Illinois also used Tennessee’s in-game betting language in its new gambling bill.

Iden said Michigan could have legal sports betting by the Super Bowl in February. He said, “I haven’t talked with the administration since before the summer break and they proposed 15 percent, plus the additional 3.25 percent for the city of Detroit. That’s an astronomical rate which just will not work. That number has to be somewhere closer to 9 percent or 9.5 percent.”

Observers said negotiations likely progress this fall if a state government shutdown over the budget can be avoided. The Michigan legislature will meet until the end of 2019 and if Iden’s bill doesn’t pass this year it can carry over into 2020.