No Lip! A White-Knuckle Schwab Kicks Off the PGA Tour 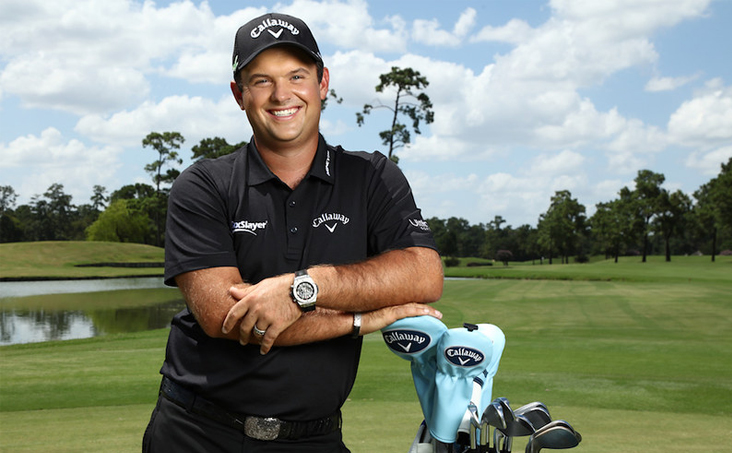 Daniel Berger, winner of the first PGA tour event since the pandemic lockdown began in March, was thankful for two lip-outs as his closest challengers suffered agonizing missed putts. This week, look for Patrick Reed to make some noise.

Don’t give me no lip!

But Daniel Berger did get some lip, and was grateful as he went on to claim the Charles Schwab Championship in Fort Worth last weekend, the first PGA tour event since the coronavirus shut everything down in March.

Xander Schauffele was tied with Berger and Collin Morikawa, who had already finished. All Schauffele had to do to win was birdie one of the two final holes. Playing strong all day, Schauffele looked like a shoo-in for a three-way playoff, if not the win. He didn’t birdie the 17th hole, but only had to put away a 3-foot putt for his par and try again on the 18th.

The putt looked good when it started, but dove to the left at the end and completed a 180, spinning around the cup and back out. Shaken, he barely missed a birdie on the 18th to miss the playoff by inches.

On the first playoff hole, Morikawa had a similar putt and repeated the miss, this time only a 90-degree lip-out. Berger won an exciting tournament that at one point had 12 players within two shots of the lead.

Make your first deposit at CaesarsCasino.com, and see it matched 100% up to $300 in casino bonus play. Deposit and start playing today!

The Schwab was the first event to be played without spectators, so the groans you normally would have heard when the two putts lipped out were absent. While the lack of fans was odd and seemed to affect some players, they all soon settled in, and the dramatic finish wasn’t diminished much by the missing roars for a great shot.

So in this shortened PGA season, with the FedEx Cup to be contested before the first of two majors, the U.S. Open, look for the competition to heat up quickly.

This week, the tour heads to Hilton Head, South Carolina, one of the meccas of the golf world. The RBC Heritage at Harbour Town will see 155 players get together, but once again—and for the foreseeable future—without fans.

Get in the game and place your first sports bet at ResortsCasino.com. If your bet ends with a loss, you’ll get it back—up to $250, credited to your Sports Free Bet balance.

Rory to Roar Back, & Other Predictions 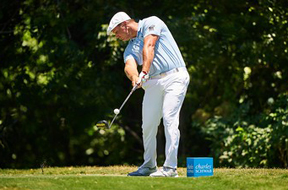 Three of the five top players in the world, Jon Rahm, Brooks Koepka and Rory McElroy finished out of the Top 30. Rahm missed the cut and Rory had a dismal Sunday collapse, but don’t expect that again this week. In fact, Rory and Bryson DeChambeau (l.), who displayed his incredibly bulked-up body at the Schwab (he gained 25 pounds of muscle during the lockdown) are the favorites to win at 15-1, closely followed by Justin Thomas and Rahm (16-1).

Patrick Reed is the sleeper here. He’s been playing remarkable golf, but very much under the radar, so at 28-1, he’s a good risk.

Jordan Spieth continued riding the roller coaster he’s been on over the past couple of years, looking like a world-beater on Saturday, then disintegrating on Sunday. If you take him at 35-1, you can’t relax until he’s on the 18th with the lead on Sunday.

Like a longshot? How about Tyrell Hatton, the British golfer who won the last full tournament before the lockdown. You can get him at 50-1. Jason Kokrak came up short on the 18th at the Schwab, with a putt that would have put him into the playoff. At 80-1, he could surprise.

Matchups? How about Rahm, at even money, versus DeChambeau (-120)? Or how about Branden Grace, who had a good tournament at the Schwab at +110 over Matt Kuchar, who didn’t play very well at -130. Or a very intriguing bet on Dustin Johnson at -105 against Koepka at -115.