No Turkeys in Thanksgiving NFL Games 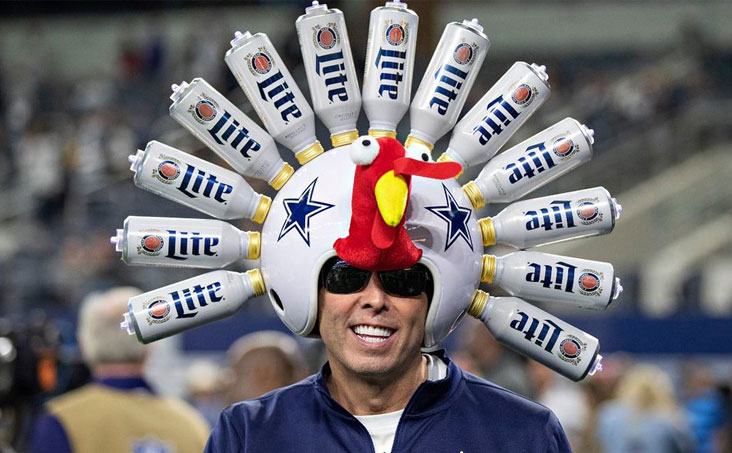 They go together like turkey and stuffing: Thanksgiving and the NFL. This year, sports fans can feast on Bears at Lions, Raiders at Dallas, and Buffalo at New Orleans. Here are your best bets.

It’s a glorious tradition that football fans wait for all year: NFL games on Thanksgiving Day. This Thursday, all three games should be tightly contested affairs.

The first game is the historic matchup of the Chicago Bears at the Detroit Lions, a Thanksgiving contest that stretches back all the way to 1934.

The second will feature the Dallas Cowboys hosting the Las Vegas Raiders. Since 1966, the Cowboys have played every Thanksgiving except two.

The third game is the newcomer, launched as an evening game in 2005, with no set team playing every year. This year, the Buffalo Bills will be at the New Orleans Saints. 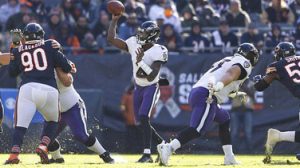 Though the Detroit Lions have the worst record in the NFL, they may not be the worst team, at least for bettors. The Lions have an 0-9-1 record, but are 6-4 against the spread. They’re +3 underdogs Thursday when they host the Chicago Bears.

In this NFL season, the Lions have had just as many close losses as blowouts. Detroit has had three defeats of 10 or more points, as well as three losses of three points or less.

And both teams might be without their starting QBs. Due to a strained oblique, Detroit’s Jared Goff didn’t play on Sunday in the team’s 13-10 loss to the Cleveland Browns. Coach Dan Campbell said he didn’t know if Goff would play Thursday, but if he’s able, he’ll be the starter. His replacement, Tim Boyle, completed 15 of 23 passes for 77 yards and two interceptions. It was his first NFL start.

Chicago lost starting QB Justin Fields (above) to a rib injury in the third quarter of the team’s 16-13 loss to the Baltimore Ravens on Sunday. His replacement has far more experience than Boyle. Andy Dalton was the Bears’ starter at the beginning of the season, before being replaced by Fields when he suffered a knee injury in Week 2.

Betting the Bears-Lions game? New customers get up to a $500 refund (free bets) if their first fixed-odds bet loses at PointsBet. Get started, and give thanks.

Dallas Looks to Bounce Back Against Raiders 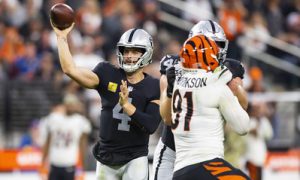 The second game on the Thanksgiving Day schedule has the Las Vegas Raiders traveling to play the Dallas Cowboys. Both teams are coming off losses last Sunday. The Cowboys lost to the Kansas City Chiefs on the road, 19-9. The Raiders got clobbered at home by the Cincinnati Bengals, 32-13.

The Raiders’ NFL season looks over. The team is tied with the Denver Broncos for third in the AFC West at 5-5, behind leader the Chiefs and then the Los Angeles Chargers. They’ve battled off-the-field issues all year. The team and Head Coach Jon Gruden parted ways midway through the season, and rookie wide receiver Harry Ruggs III got the boot after his arrest for driving drunk in an accident that killed a motorist.

The Raiders are on a three-game losing streak, and have also failed to cover the spread in those games.

The Cowboys covered in their first seven games, but didn’t cover in two of the last three. They’re 7-5-point favorites at most sportsbooks, including PointsBet and BetRivers.

Join the $1,000,000 Beat-the-Spread Challenge at BetRivers! Make spread bets for a shot at the million-dollar weekly and season-long prize pool! The more you wager, the more points you can earn! 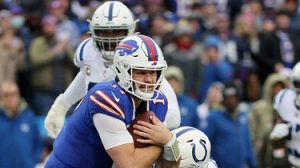 A month ago, the Buffalo Bills were being touted as Super Bowl contenders. They opened at +1200 to win the Vince Lombardi Trophy, but were the +600 favorite three games ago.

Then they lost to the lowly Jacksonville Jaguars, 9-6, and last Sunday were blown out at home by the Indianapolis Colts, 41-15. They’re now at +800 to win the Super Bowl.

Despite the stumbles, the Bills are four-point favorites at BetMGM in the Thanksgiving Day finale at the New Orleans Saints.

How Buffalo can bounce back from Sunday’s defeat is a mystery. It seems that any NFL team with a running back can succeed against the Bills. New Orleans running back Alvin Kamara has been battling a knee injury and didn’t play in Sunday’s 49-20 loss to the Philadelphia Eagles. The team is also down two starting offensive tackles and backup running back/wide receiver Ty Montgomery.

Whether any of those players return for Thursday’s game is still up in the air, and if they don’t come back, it could be a long day for the Saints.

To forecast the future, you’ve gotta keep an eye on the past. Before you place your Super Bowl bets, check our year-to-date NFL coverage, right here at iGamingPlayer.

At BetMGM, make a risk-free bet on the First TD Scorer and get up to $25 in Free Bets if your wager loses! Who’s your pick to punch it in the end zone?