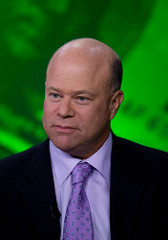 In North Carolina, lawmakers are discussing sports betting legislation in advance of the upcoming session. State Senator Phil Berger said, “This is an issue that’s on people’s minds, but I don’t know where our caucus stands, particularly the new members. I expect that the proper role for the state will be discussed as we enter the new session next year.” State House Minority Leader Todd Rutherford added, “The money is too huge for states to ignore it.”

Several daily fantasy sports bills were introduced in the past legislative session but none made it to a vote.

David Tepper, the new owner of the National Football League’s Carolina Panthers, stated, “We have a law that was passed just recently and it has not yet hit the Carolinas—the whole gambling aspect. You think about the fans and you want to keep the fans in the building. Eventually it’s going to hit North and South Carolina. It has to, from a revenue standpoint. You have issues with paying teachers and other things down here, and tax revenue so it’s inevitable.”

Unlike North Carolina, South Carolina does not have any pro teams, so it’s not facing the same pressures from pro leagues, such as including integrity fees in sports betting legislation.

North Carolina lawmakers will have to determine where sports bets could be placed, and probably will have to negotiate with the tribes that own the state’s two Indian casinos.

North Carolina is not bordered by any states that currently have legal sports betting, but Tennessee and Virginia legislators have pre-filed bills in states ahead of the 2019 sessions.