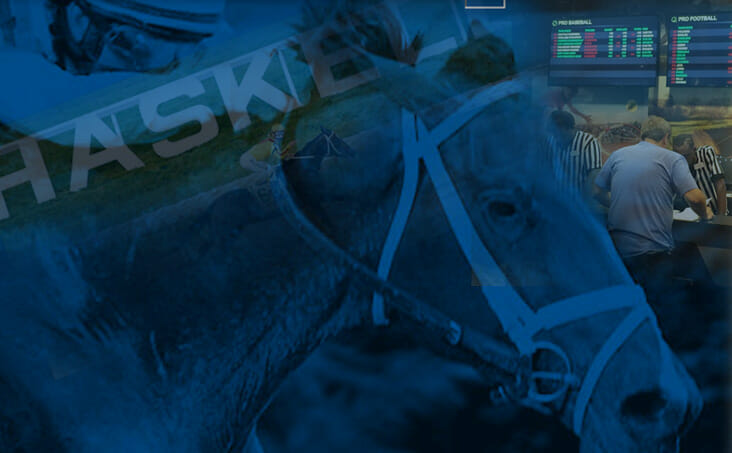 All eyes will be on Jersey’s Monmouth Park this Saturday, and a jam-packed race card that includes a rematch between Maximum Security and King for a Day in the Haskell Stakes.

Sports fans remember June 2018, when Monmouth Park became the first New Jersey facility to offer legal sports betting. The William Hill-operated sportsbook at Monmouth has provided sorely-needed revenues for the track, which also got a $10 million subsidy from Jersey taxpayers to support its race cards this year.

There are more memorable moments ahead.

Maximum Security, the disqualified Kentucky Derby winner beaten in the Pegasus Stakes in June, has entered the track’s prestigious $1 million Haskell Invitational Stakes, coming Saturday, July 20. Also in the race: King for a Day, who vanquished Max on the same track last month.

The horses headline a field that’s expected to include Joevia, who came in third at the Belmont Stakes.

Although Maximum Security will get heavy money and probably be the favorite, he was overtaken convincingly in the stretch by King For A Day in their first encounter.

Yes, he bobbled at the start and that cost him, but the pace wasn’t prohibitively fast. Under pressure, this favorite could lose. And that will be the drama surrounding this race.

It appears Maximum Security is a one-dimensional horse and must win from the front end, thereby making him vulnerable when the race competes on early speed, as this one does.

The Haskell does set up as a classic scenario, favoring a contender to win from off the pace. But this also is a speed-favoring track, rewarding horses on or near the early lead. Therein lies the balance.

The event has significance, placed as it is between the spring Triple Crown races and the fall Breeders’ Cup. Notable recent champions include Triple Crown winner American Pharaoh (2015) and Preakness kingpin Exaggerator (2016).

Monmouth Park wisely fires its big financial guns on this day, providing the $200,000 Monmouth Cup, $150,000 Oceanport, $150,000 Molly Pitcher and $150,000 Winstar Matchmaker to support the Haskell. This lineup should be enough to give the New Jersey track the racing spotlight.

Other tracks also have some good activity. Saratoga unfurls the $500,000 American Oaks on Saturday, giving bettors a wide range of high-level events.

WSOP: Grading the On