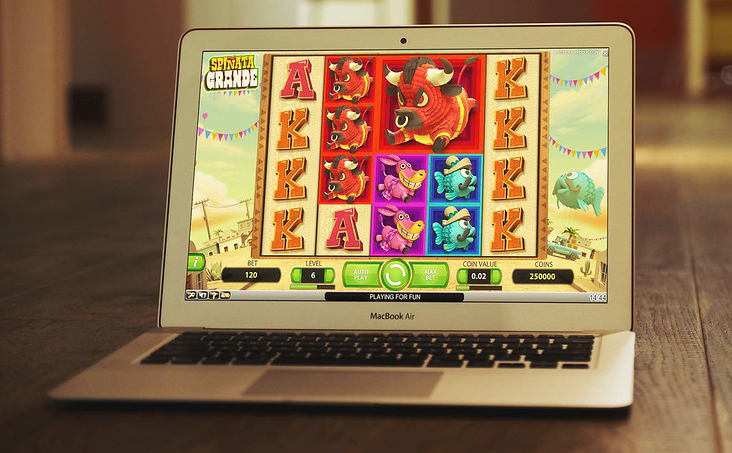 Ever wondered how the RNG works when you’re playing slots online? The answer: it’s pretty much identical to the casino experience, except you can do it in your jammies. Read on for a simple tutorial.

One of the most-asked questions about slot machines concerns how the results on the reels are decided. Ever since the mid-1980s, the answer for physical casino slots has been the random number generator, or RNG.

These days, though, slot players are increasingly turning to the internet for their slot fix. It’s been particularly true this pandemic year. As land-based casinos closed, legal online gaming soared, and even now, with the physical casinos open once more, many players have stayed with online casinos.

The iGaming options are bound to increase as more players choose to play slots on their smartphones and PCs—and as more states inevitably legalize online gaming. Players also can play slots for fun—and for free—on a variety of social sites as well as the casino websites.

All of this begs the same question so many casino slot players ask with respect to the random results of slot games: How do these online slot games choose the results on the reels? The answer: exactly the same way as the slot machine in your favorite casino—the random number generator.

In traditional slot machines, the RNG is a utility software program burned into the game chip of each physical machine. As the name suggests, its function is to generate numbers. In a slot game, the program rapidly generates numbers at random from a set of numbers that correspond to results on the reels.

When creating a game, the slot programmer assigns a number to each symbol, or blank, on the map of the game’s reels, and then duplicates the numbers to calculate a theoretical payback percentage.

Low-paying symbols or blanks are assigned a lot of numbers in the program. High-paying symbols, including those making up the top jackpots, have only a few numbers, or even one number, assigned to them. The RNG then mixes them all up and generates numbers at random, freezing the combination of numbers generated in the nanosecond it takes to initiate a spin. It then communicates the combination to the slot’s computer, which tells the reels (or video reels) where to stop.

It all happens in a blink. Modern RNG programs can generate thousands of numbers per second, and the communication of each result is almost instantaneous.

Online casinos generate results in the same manner. The main difference is that the random number generator program is housed on a central computer server. The player logs into that server to play the games. When a game is selected, the server loads the so-called “front end” of the game code—the graphics, the images, the game features—and presents the game to the player.

Now’s the time to join the excitement at TropicanaCasino.com with up to $100 Cash Back waiting for new players. That’s Real Cash Back. Not Bonus Money. Sign up and play today!

When the player hits the “play” button on a game, the device (a PC, mobile phone or tablet) talks to the connected server, which acts as a sort of mothership. Each game has a separate, distinct usage of the central RNG to power the results that drive the game, but it’s all done on the server.

Once a player is logged into a server and selects a game from the “lobby,” he or she is playing the game directly on the server, not on the computer. The RNG is the same for each user, and it powers the results of each game. Once the device gets back a result of an action from the server, the player will see an action like a reel spin, bingo ball draw, wins, losses, etc.

Again, everything happens in an instant. The RNG program on the central server of an online casino multi-tasks—it can cycle through individual game results on individual games for millions of concurrent users, with all of those instances working at the same time.

Win a seat to the 2021 Millionaire Maker Slot Tournament at CaesarsCasino.com. Until November 8, you can earn one drawing entry each day you log into your Caesars account. Try your luck!

When you play a slot game on an internet casino, you’re accessing a game program that’s identical to the same game in a land-based casino. Penny versions of a particular game will carry the same payback percentage and hit frequency as their casino counterparts; same thing for quarters, dollars and other denominations. As in land-based casinos, the higher denominations are likely to carry higher payback percentages.

As far as the results, the same principles apply: they’re random, they’re unpredictable, and whether you win or lose is based purely on chance.

The only other differences? You won’t get to ride a motion chair or see other big, flashy physical displays. And for cocktail service, you’ll need to go to your own kitchen.