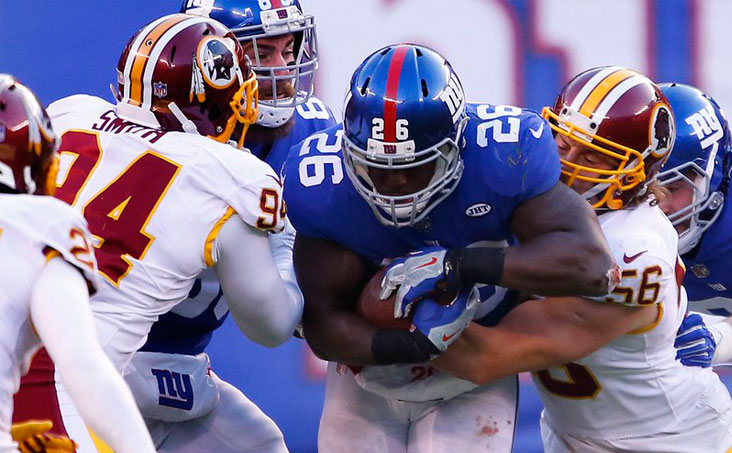 Check out our preview for the New York Giants vs. Washington Football Team in this NFC East showdown on Thursday Night Football.

It wasn’t surprising to see the NFC East go 1-3 during the first week of NFL season. The good news for the division is that one team is bound to get its first win of the season on Thursday night, when the Washington Football Team hosts the New York Giants in a matchup of old rivals. Washington is an early three-point favorite at home, with the over/under set at 41 points.

For the latest betting odds and projections from the BetQL model, sign up for a subscription before Thursday’s showdown between Washington and New York. 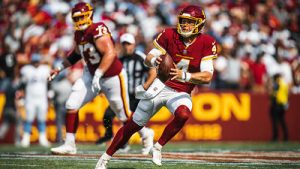 It was undoubtedly a disappointing start to the season for the WFT. Ron Rivera’s side came up a little short at home against the L.A. Chargers, losing 20-16. However, the final score was far closer than the stats indicate. The Chargers out-gained Washington by well over 100 yards and nearly had twice as many first downs. That said, Washington held a lead heading into the fourth quarter, so they did some things right.

Of course, to add injury to insult, starting quarterback Ryan Fitzpatrick is out with a hip injury that could keep him out for up to two months. That means Taylor Heinicke will be the starter on Thursday night. Heinicke started Washington’s playoff game last season, and more than held his own after coming in for Fitzpatrick against the Chargers. He’s also a lot more mobile than the aging Fitzpatrick, giving the Washington lineup an added element.

However, Heinicke is still short on experience with less than 100 pass attempts in his career. He also limits what Washington can do offensively, especially since the team isn’t overflowing with talented receivers outside of Terry McLaurin. That means the Giants will likely be able to focus more of their attention on Antonio Gibson, who rushed for 90 yards last week.

On the other side of the ball, the Washington defense was a little bit of a disappointment in Week 1, despite holding the Chargers to just 20 points. The secondary didn’t have an answer for Mike Williams or Keenan Allen, enabling Justin Herbert to throw for 337 yards. WFT also managed just two sacks, which wasn’t enough considering the talent on the defensive line. Keep in mind that Washington entered the fourth quarter with a lead, which should have allowed them to put more pressure on Herbert and keep the Chargers out of the end zone late in the game. Instead, Rivera now has to answer questions about his secondary. 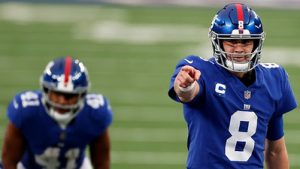 Much like Washington, the Giants can’t help but feel a little disappointed about their season opener. It was bad enough that the G-Men were home underdogs in Week 1, but didn’t come close to covering. A garbage-time touchdown on the final play of the game made it a 27-13 game, although the Giants could have easily lost by 20 points, which is a disconcerting beginning for Joe Judge.

Daniel Jones and the New York offense put together one good drive in the second quarter, but that was it until garbage time. Saquon Barkley got 11 touches in his return from injury, but failed to make an impact with Jones finishing as the team’s leading rusher with just 27 yards. The third-year quarterback also coughed up a fumble that didn’t help matters. On the bright side, it’s possible the Giants were facing a Top 10 defense because the Denver Broncos have that type of talent. The receiving trio of Sterling Shepard, Darius Slayton, and Kenny Golladay also had some bright moments. But the Giants need a lot better from Jones and more production from Barkley moving forward.

Defensively, the Giants hung in there against Denver until a 70-yard touchdown run by Melvin Gordon broke the game open. That one play spoiled what was an otherwise solid defensive performance. That being said, the Broncos don’t have the most prolific offense in the league, yet Teddy Bridgewater was able to complete 78% of his passes. The Giants didn’t do enough to force Bridgewater into errant throws and they let a few lapses determine the outcome of what finished as a lopsided game.

Both teams will be more than happy to hit the reset button after Week 1. However, it’s interesting to see that Washington is still favored with a backup quarterback poised to get the start. That says a lot about how the oddsmakers feel about Jones and the Giants.

But Washington is forced to start Heinicke, so the Giants have a golden opportunity in what should be a low-scoring game, although they do need to make strides on both sides of the ball.

Join Unibet Sportsbook today. Add funds, and your first cash bet is insured up to $500 if you don’t hit a winner.