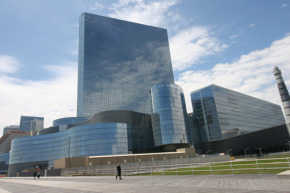 And as is fitting the casino’s name, it’s already making a big splash in the state’s market by offering an unheard of cumulative series of first deposit bonuses up to $10,000. That’s right 10 thousand.

However, you have to make the deposits the day they become unlocked. Still, if you systematically make 10 straight maximum deposits—each on the day it becomes available—you can get a 100 percent return on $10,000. While that may be out of reach for the average player, you can certainly work the promotion for as much as you care to deposit.

And that’s a nice way for Ocean Resort to introduce itself to New Jersey’s online players.

As a new site, Ocean Resort went live with a limited number of games and you can expect them to regularly ad new ones. However, we have to say they’re off to a good start.

The site has yet to launch its loyalty program, but promises to present loyal players with a VIP Cub system that will be innovative and revolutionary.