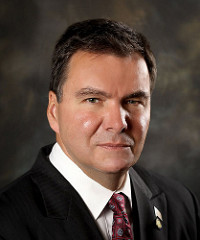 The state has many sports that could be the subject of sports wagering, including baseball, football, basketball, hockey and soccer.

Rep. David Greenspan, who has introduced a “shell bill,” whose details can be filled, in, told the Ohio Statehouse News: “There are no preconceived notions as to what that pathway may look like nor is there a time line. We’re not beholden to a time line to get it done by a certain date, nor are we going to be forced to do something that is not ready.”

Some lawmakers are worried that legalizing sports betting could prove to be a moral hazard for young people, especially if college sports are included.

A college coach at Capital University commented “I think for 18-year-olds you’re opening a can of worms because it’s the first time that they’re coming to college, it’s like having a credit card, you know it’s tough to have the checks and balances and as a parent I would be petrified to have to deal with that, as a coach it very much scares me.”

Roger Ingles, director of athletics at Capital University, added, “The last thing you want to do is have that taint around your programs that maybe a game ended a little lower score or somebody didn’t play as well and then there is always that question of you know who’s involved, or who might be involved in trying to keep a score at a certain point or a result in a different way.”

Supporters point out that gamblers are already making billions of dollars’ worth of sports bets online and in Las Vegas—but that Ohio gets no tax revenue from it.

Derek Longmeier, of the Problem Gambling Network of Ohio doesn’t want to increase temptation for addicts. He claims that nearly a quarter of those who place such bets are problem gamblers.

Keith Whyte of the National Council on Problem Gambling says states shouldn’t legalize sports betting just because other states do.

He told Legal Sports Report, “As states look at this, they want to out-compete their neighbor but they are doing it by lowering regulation, lowering costs, lowering price and at some point you can’t compete with the illegal offshore guys because they have no regulation.

Ohio state Senator Bill Coley, president of the National Council of Legislators from Gaming States, predicts that the legislature will pass a bill within six months.

But legislators must work out details such as where will bets be placed? Will existing casinos and racinos have a monopoly, or will they be available from lottery vendors—or even on the internet? What kinds of sports will be allowed? Only professional sports or will college or amateur games be included?

He suggests giving that job to the Ohio Casino Control Commission. “Let’s empower them to enforce the ban on gaming state-wide,” said the senator. “Let’s give them the ability to go in there investigate that then work with local officials to prosecute and enforce that ban. If we are serious, that’s what we should be doing.”