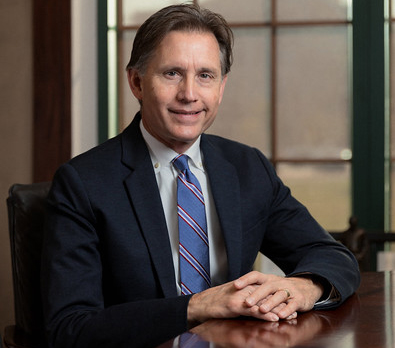 In an elaborate ceremony on April 21, officials of the Comanche Nation and Otoe-Missouria Tribe of Oklahoma signed new gaming compacts that allow them to offer sports betting and banked table games like blackjack at their casinos in the state.

Governor Kevin Stitt said in a statement, “The new compacts recognize the sovereign rights of individual tribes to conduct gaming in Oklahoma. The compacts take a sound approach to assessing the value of substantial exclusivity in a modernized tribal gaming industry, and importantly, the compacts expand opportunity for both the compacting tribes and the state to compete in future gaming markets.”

But later the same day, state Attorney General Mike Hunter proclaimed that the agreements “are not authorized by the state Tribal Gaming Act” because they permit sports betting.

“The governor has the authority to negotiate compacts with the tribes on behalf of the state,” Hunter said. “However … sports betting is not a prescribed ‘covered game’ under the act.”

It’s the latest dustup in the battle between Stitt and Oklahoma tribes over gaming compacts. A number of tribes claimed the compacts, giving them exclusive gambling rights automatically renewed on January 1. Stitt argued that the 15-year compacts expired on that date. The Cherokee, Chickasaw and Choctaw nations sued Stitt on December 31; they later were joined by nine other tribes, including the Otoe-Missouria and the Comanches. Mediation in that suit has been postponed until May 31 due to the Covid-19 pandemic, which also shut down the state’s casinos.

Stitt had expressed the desire to negotiate higher exclusivity fees under the existing compacts for the right to operate Class III gaming. The current fees range from 4 percent to 10 percent. The compacts signed last week are totally new and include several oversight measures and clarifications. They actually allow for lower rates; the state’s share would increase if each of the tribes builds up to three new off-reservation casinos—one of the provisions of the new compacts, in addition to allowing banked card games and on-site sports betting.

Observers note the Comanche compact would allow the tribe to build three casinos in Chickasaw territory. In 2017, the Chickasaws received federal approval to build a casino at Comanche, near the Comanche Nation’s headquarters in Lawton. The Comanches currently operate casinos in Lawton, Devol, Elgin and Walters.

Based in Red Rock, the Otoe-Missouria operate five casinos in north central Oklahoma that produce about half the revenue of the Comanches’ four venues.

Oklahoma Indian Gaming Association President Matthew Morgan said, “We respect the sovereignty of each tribe to take what actions it believes it must on behalf of its citizens. All the same, Governor Stitt does not have the authority to do what he claims to have done. Without the engagement of the Oklahoma legislature, he has entered agreements based on a claim of unilateral state authority to legalize sportsbooks, to revamp the Oklahoma Lottery and to authorize new gaming facilities in Norman and Stillwater, among other places. That’s simply not the law.

“I expect tribal and state officials are now reviewing the documents he released and trying to understand what exactly it is Governor Stitt is trying to do,” Morgan said. “But at the end of the day, I suspect his actions have not helped matters for anyone.”

The new compacts would have to be approved by the Department of the Interior and are certain to face legal and political opposition.

Stitt said additional compacts would be filed later, representing the unique requirements and interests of each tribe.