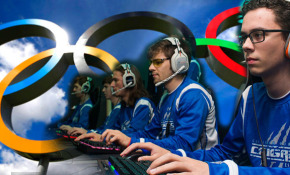 ESports may end up as an Olympic event after the state of online gaming as sport was a major topic at the sixth Olympic Summit.

According to the UK’s Daily Mail newspaper, summit members had mainly positive things to say about the growing industry and asked the International Olympics Committee and the Global Association of International Sports Federations to work together in exploring the industry further.

ESports has already been included as an Olympic event as the 2024 Asia games, due in part to eSports popularity in Asia.

“eSports are showing strong growth, especially within the youth demographic across different countries, and can provide a platform for engagement with the Olympic Movement,” a statement from summit participants read. “We’ve already seen a keen interest in eSports from Paris with multiple events such as the EU LCS Summer Split finals have been held in the capital and football club Paris Saint Germain have their own eSports divisions with teams in FIFA and Rocket League.”

Summit members also agreed that eSports should be considered sports, labeling them as “competitive” and said players: “prepare and train with an intensity which may be comparable to athletes in traditional sports,” the report said.

eSports have been opposed by IOC president Thomas Bach who has said that the simulated violence in many video games does not fit with Olympic ideals.

Bach attended the summit, which did approve the provision that “In order to be recognized by the IOC as a sport, the content of eSports must not infringe on the Olympic values.”