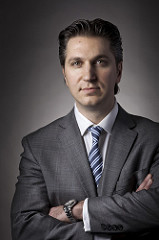 The former national sales manager at Aston Hill Financial has settled a case with the Ontario Securities Commission stemming from the regulator’s investigation of insider trading during Amaya Inc.’s purchase of PokerStars.

According to a report in Canada’s Financial Post, John David Rothstein received a two-year trading ban and agreed to co-operate with OSC staff in the regulator’s “investigation into illegal insider trading and tipping in securities of Amaya.” That could include testifying in further proceedings.

According to the paper, Rothstein was named in a statement of allegations issued by the OSC along with two other former senior executives at Aston Hill—former co-chief investment officer Ben Cheng and former chief executive Eric Tremblay. Former CIBC Wood Gundy advisor Frank Soave was also named in the allegations.

According to an agreed statement of facts on the settlement, Rothstein’s said he was not aware there was a non-disclosure agreement signed on behalf of Aston Hill, or that two funds managed by Cheng had agreed to participate in the financing of the $4 billion acquisition by Amaya when Cheng told him material facts about the pending acquisition in June 2014.

Cheng allegedly told Rothstein he should “inform others, who had lost money on certain other investments promoted by Aston Hill … about the Acquisition before it was announced,” according to the settlement.

The OSC alleges both Soave and Rothstein bought Amaya shares before it was announced Amaya would acquire Oldford Group Ltd. for US$4 billion. Rothstein’s profit was $5,500, which he was ordered to disgorge as part of his settlement. He was also ordered to pay an administrative penalty of $5,500, the Financial Post said.

Under the terms of the settlement, Rothstein faces prohibitions on participation in the investment industry, including being prohibited from acting as a director, officer, or registrant of an investment manager, or as a promoter, for two years.

David Baazov, Amaya’s founder has also been named in the probes and is facing trial. The regulator says Baazov received kickbacks for stock tips. He has denied all charges.