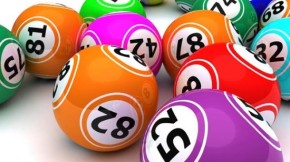 Long before casino gambling came to the U.S., one of the most popular forms of gambling in the country has been bingo.

Really, bingo—the game of drawing random numbers and filling up a bingo card for prizes and cash.

And, we’re talking long before. The game’s origins date back to the 1500s in France, though modern American Bingo—along with its name—made its first appearance in the 1920s. Since then, it’s been played in rec halls, community centers and at churches and synagogues around the country, creating its own special bingo culture.

With so much tradition behind the game, it hasn’t taken long for New Jersey’s online gaming sites to embrace this mainstay, and they’ve done it in a big way. Bingo games are now available at TropicanaCasino.com, VirginCasino.com, PlaySugarHouse.com and PalaCasino.com.

And, each of the sites has its own promotions to introduce you to the online version of the game.

TropicanaCasino and VirginCasino, for example, offer 90 ball bingo with games at $1, $2 and $5, though players can also take advantage of one free game every 30 minutes. Each of Tropicana’s and Virgin’s daily cash games also includes a chance at a super jackpot.

The two online casinos are partners through Tropicana’s Atlantic City casino and were the first to introduce online bingo to New Jersey.

But they weren’t the last.

Palacasino.com also offers 90 ball bingo—in this case Pala Bingo at its own site palabingousa.com—and a number of features to promote the game. Bingo games are held Tuesdays and Fridays, between 7 p.m. and 10 p.m.

Under Pala’s “Treasure Chest” Promotion, the sessions feature a total of $800 in added prizes including:

New players also get $15 in Bingo Bucks, which can be used to purchase 150 Pala Bingo Tickets. No deposit is required, but just like joining Pala’s main site, there is a first deposit match of up to $100.

And all three sites offer online bingo chat rooms to really get that bingo hall feel.

PlaySugarHouse.com has also gotten into the bingo business, but with a twist. They offer two versions of Slingo—a sort of one-person bingo game that combines elements of a slot machine. Slingo was invented in New Jersey in the 1990s and has been an online hit ever since, not to mention a slew of lottery versions.

So, whether you like the one-person play of Slingo or want to recreate the feel of playing in a community center basement, there just may be an online Bingo card with your name on it.

Visit our Promotions Page for the latest deals, bonuses, free play and more.