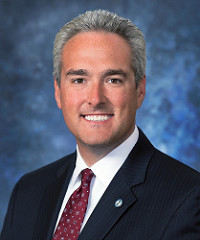 Things seem to be turning around in Atlantic City and the growth of the state’s online gaming industry is emerging as a major cause.

Revenue figures for March released by state regulators showed that online gaming jumped 40 percent from a year ago to $21.7 million. That helped fuel a nine percent increase in revenue for the city’s seven casinos compared to last year.

However, if revenue figures for the Trump Taj Mahal—which is now closed and being revamped by Hard Rock International—are removed, the city’s casinos saw a 17 percent increase in revenue.

Of the seven brick-and-mortar casinos currently operating, only Bally’s posted a decrease—2.2 percent—according to an analysis by the Associated Press.

“Every month should be as good as March was,” said Matt Levinson, chairman of the New Jersey Casino Control Commission, in a press statement. “When coupled with the very strong earnings report that came out last week, it’s clear that casinos have started to grow the market and increase their profits. That is generating a lot of positive interest in Atlantic City and has already attracted significant new investment in this market.”

One of the most visible signs of the city’s market improvement was Hard Rock International’s purchase of the Taj Mahal, which closed in October. The company announced it hopes to re-open the facility in 2018.

Numerous other smaller development projects are also underway in the city, including several that are hoped to transform closed casino properties into non-gaming attractions.

Still, much of the positive focus remains on the state’s healthy online gaming industry.

David Rebuck, director of the state’s Division of Gaming Enforcement said the figures offer “further proof of the industry’s stability during the past 18 months.”

“For the first three months of 2017, internet gaming revenue is up 32 percent compared to last year, and the online industry is on pace for another record year,” he said.

The Tropicana casino saw the largest monthly revenue increase, up 37.6 percent to $35.2 million.

Casino president Tony Rodio told the AP that Tropicana continues to benefit from ongoing capital improvements to the property, such as new Jose Garces restaurants, a recently renovated Havana Tower and renovations to the casino floor.

“Overall, I think March is a great indicator of the overall health of the Atlantic City market,” Rodio said.

The five casinos that offer internet gambling took in between $3.1 million (Caesars Interactive-NJ) and $6.1 million (Golden Nugget). Resorts Digital—which includes PokerStars NJ—saw its online winnings increase by more than 123 percent in March, from $1.8 million in March 2016 to $4.2 million last month.

The monthly figures were released shortly after the DGE released figures for 2016 which showed that gross operating profits increased by 7.3 percent for city casinos in 2016. The city’s eight casinos—including the Taj Mahal—saw an operating profit of over $587 million.

The city had an especially good fourth quarter, receiving $116 million in operating profit, an increase of 20.3 percent from the same period in 2015.

The news of a good month for the city’s casinos also comes as another positive development has happened in the city government’s fight to stave off bankruptcy. The city has introduced a $206 million municipal budget that calls for a five percent decline in the city’s tax rate.

The budget is down $36 million from last year and reflects cuts in the city’s debt service, public safety and administrative costs.

The state assumed control of the city’s finances in late 2016 and has negotiated a major settlement of a tax revaluation case with the city’s Borgata casino that saved the city $93 million.

However, the budget only pays Atlantic County about 10.5 percent of payment in lieu of tax money collected from the city’s casinos—about $120 million. The county had been expecting about 13.5 percent of that money, and county officials predicted a significant increase in the county’s tax rate.