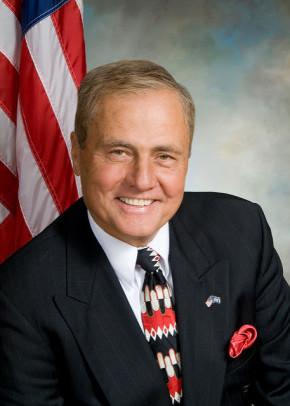 One of two bills to bring online poker to New York has taken a big step forward in the early legislative going, and the issue will be on Albany’s “front burner” in 2017, says the bill’s backer in the Senate.

A legalization bill introduced by state Sen. John Bonacic recently cleared the upper house’s Racing, Wagering and Gaming Committee, which Bonacic chairs, by a unanimous vote and now moves on to the Finance Committee, where approval could send it a vote before the full chamber.

What will happen in the Assembly is more difficult to predict. Last year, the lower house failed to act on an identical measure proposed by J. Gary Pretlow, who chairs the Assembly’s Gaming Committee. This was after Bonacic’s bill sailed through the Senate by an overwhelming margin.

Pretlow reintroduced his bill this month.

“Last year, there was too much gaming for the Assembly to consider, with fantasy sports and the efforts in New Jersey for a referendum to put a casino in the Meadowlands, and I really think that it got put on the back burner,” Bonacic said in an interview with news site Gambling Compliance. “So now we are putting it on the front burner.”

What that means, according to Bonacic, is getting online poker inserted into the negotiations over the next state budget. The state is facing a $3.5 billion deficit, a shortfall that legalization could help to fill with licensing fees and taxes on operators.

Meanwhile, the list of states looking to expand their gaming markets continues to grow with a new bill proposed in Maryland to study the potential of regulating sports betting should the federal government repeal or alter a nationwide ban on the activity.

H989, introduced in the Maryland House of Delegates, would establish a task force for this purpose and empower the state Lottery and state Gaming Control Commission to establish rules and oversee licensing, which would be open to the state’s six casinos and three racetracks.

PASPA was enacted by Congress in 1992 in response to fears that unregulated gambling would corrupt professional and collegiate sports. At the time, sports betting was legal only in Nevada and in limited forms in Delaware, Montana and Oregon. PASPA gave the other 46 states a 12-month window to enact their own regulations, but none did.

New Jersey, whose casinos opposed sports betting at the time, has been seeking a do-over for the better part of the last decade, but those efforts have been repeatedly blocked by successful federal lawsuits filed by the country’ major professional sports leagues and the National Collegiate Athletic Association.

New Jersey currently is taking its latest defeat in the U.S. Court of Appeals to the Supreme Court, where a victory not only would allow regulation in Maryland to go forward, it likely would prompt a host of other states to jump into the game.

Lawmakers in New York, Pennsylvania and Michigan also are pushing for the right to expand into sports betting, and gaming experts expect at least five to 10 states would move quickly to legalize if PASPA is repealed or substantially amended.