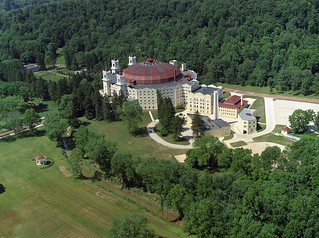 A state gaming commission report estimated within a few years about two-thirds of sports bets will be placed online; that’s comparable to New Jersey where more than 80 percent of sports wagering occurs over the internet or on smartphones. DraftKings Chief Operating Officer Paul Lieberman said, “They can be watching a game and playing along live. They can do it at a bar, they can do it at a restaurant.”

Indiana bettors can wager on dozens of professional, collegiate and international events, including football, basketball, baseball, auto racing, hockey, soccer, boxing, golf and Olympic competitions. No betting is allowed on high school or youth sporting events, or e-sports. The apps require gamblers to prove they are at least 21 years old. They utilize geofencing technology to assure players are located within the state.

Although both Rush Street and DraftKings said they plan to focus on Indiana gamblers, Rush Street Interactive President Richard Schwartz said a “wider target” could attract customers from Chicago, Cincinnati and Louisville, Kentucky. “The vast majority of the marketing will be targeted to people within the state who are going to have access to begin playing with us as soon as they’re interested,” Schwartz said.

Indiana Gaming Commission Executive Director Sara Gonso Tait said it will be several weeks before the next mobile wagering operator is approved. Regarding on-site sportsbooks, she said, “It’s been an uneventful retail launch and we’re hoping for the same on mobile. I think you’re going to see more mobile sports wagering platforms from different providers in Indiana in the month of October.”