Online Winners Cleaning Up in WSOP 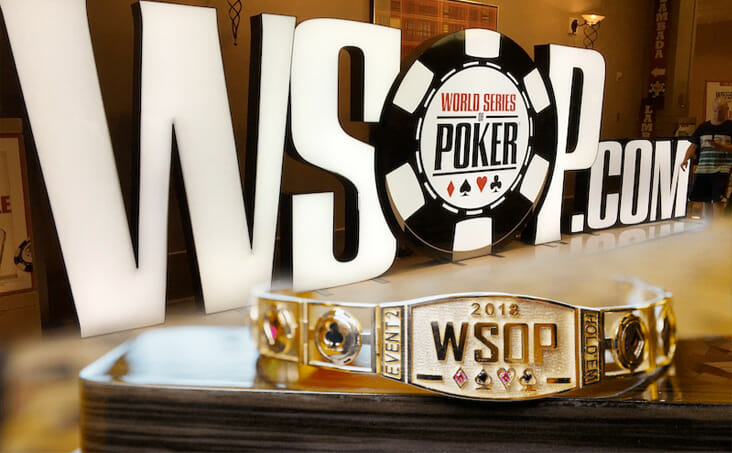 For the second year in a row, online players in Nevada and New Jersey are playing live online—and winning big—in full-bracelet WSOP events.

It’s hard to imagine a poker player, amateur or pro, who hasn’t dreamed of playing in the World Series of Poker. But for many it was just that—a dream. To compete live, you had to schlep to Las Vegas and pay for airfare, hotel accommodations and expenses. Not to mention the buy-ins.

That’s what makes the online events in this year’s WSOP truly amazing. For the second year, online players in Nevada and New Jersey can play live online in full-bracelet events without ever leaving the comfort of their own homes.

OK, it’s only two states (for now), but you also have to figure some players from surrounding states—say, New York and Pennsylvania—are bopping over the border into Jersey to play at friends’ houses or even from hotel rooms.

Initially, the WSOP was only going to open up the first two online events to New Jersey players due to confusion over player sharing caused by the U.S. Department of Justice. Even if you haven’t been keeping up with that mess, just know that a federal judge opened the door for the WSOP to share players in all nine of its scheduled online events this year.

The first online event was won by Yong Keun Kwon, known on WSOP.com as “LuckySpewy1.” He lived up to his name, winning $165,263—and all reports say he did it from his Palisades Park, NJ residence.

The second online event was a 600 six-handed pot-limit Omaha with a total prize pool of $656,640. According to the WSOP, the tournament attracted 652 entrants not counting re-buys. A total of 93 entrants played from New Jersey.

The third online event was held June 16. Results were still incomplete at this writing, but the $600 NLH Knockout Bounty tournament attracted 1,224 entries (including rebuys) and a prize pool of $673,200. At least two of the top nine finishers were from New Jersey.

2018 is the first year that player sharing was live for WSOP events and most tournaments attracted about 15 percent—give or take a percentage point—of entrants playing from New Jersey. That trend seems to be continuing this year.

There are still six more online events scheduled for the 2019 WSOP. That’s six more shots to make your WSOP dream come true. Time to get lucky!

An Extra $1 Won this