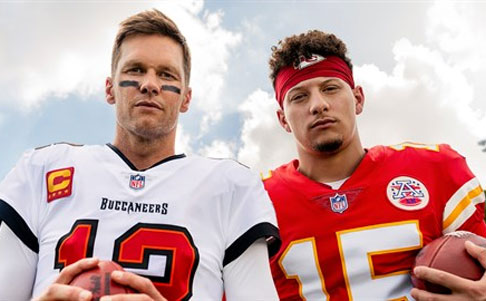 Are you ready for some football (betting)? NFL win totals are adjusted based upon the opposing quarterback.

As we celebrate the NFL schedule’s release, which is essentially a national holiday for some, let’s remember the most important advice you can soak up during this emotional time—don’t overreact.

This goes for strength of schedule or where a win or a loss would be, and instead just remember that overthinking will leave your brain in knots.

Now, that doesn’t mean we can’t at least get an idea of how the season will shake out for some teams, of course. It’s just as important to understand that similar to what we just saw during the NFL Draft there’s a lot of noise, and you have to cut through a good portion of it to find what matters.

BetQL subscribers can see more betting trends and best bets, including NFL, every day. Sign up now for a BetQL Day Pass!

Start At The Top 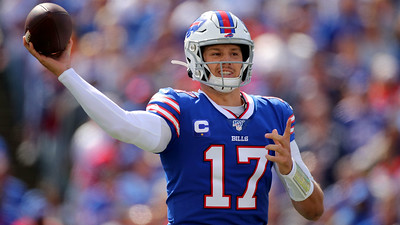 First and foremost, the quarterback matters above every other position in this league, and when you have a good one, there’s always a shot to hit the over on wins. Without someone you can count on though, this becomes a more difficult situation to predict, no matter what the schedule looks like.

There’s a reason why the Buffalo Bills and Tampa Bay Buccaneers have the highest win totals (11.5) at Caesars Sportsbook and the Houston Texans sit in the basement at 4.5. It all starts with who’s under center. Bills QB Josh Allen is the favorite to win MVP at (+600) at BetRivers, and the ageless Tom Brady comes in just behind Allen (+800). Meanwhile, the rebuilding Texans will likely start Davis Mills, who yes, does have MVP odds (+15000), and sure he did at least show some flashes last season in a tough situation. But still, I don’t think I need to explain the difference. The Green Bay Packers sit just behind those first two organizations at 11 wins, and even though he may have lost Devante Adams, Aaron Rodgers is still, well, Aaron Rodgers. Oh, and he’s also +1000 to win MVP by the way.

Those teams will always be in the mix as long as their starting QBs are healthy.

Then, you have a team like the Broncos who upgraded at the position. Having won seven last year, we see the spike in potential wins for Denver. The win total sits at 10.5. The AFC West was already loaded. And the Denver Broncos just made the division even tougher, at least on paper, thanks to their new starting QB.

The Other Side of the Ball 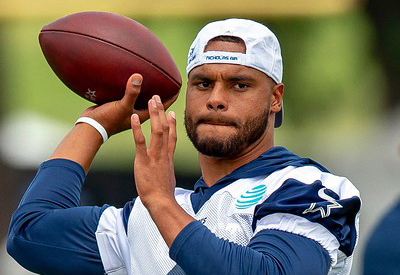 This also holds true for those opponents you see on the schedule who are weaker at the QB position. You can drive yourself nuts playing the “win-loss” game, but in reality, what matters is the name of the quarterbacks on the schedule. That tells you how truly tough the 17 games will be.

We know AFC West teams will without a doubt have it that way, which explains why the Kansas City Chiefs (10.5 wins), Los Angeles Chargers (10), and Las Vegas Raiders (8.5) along with the Broncos may have a number slightly lower than they would in another division. They’ll see strong QB play twice a year from every division opponent, making for a long road ahead.

Meanwhile, the Dallas Cowboys having 10 wins as the benchmark at the moment comes with a good Dak Prescott, but it’s boosted because the NFC East is always a train wreck, and brings a ton of uncertainty with Carson Wentz, Jalen Hurts, and Daniel Jones on the schedule twice. They’re likely sitting closer to the Raiders’ total if they were in the AFC West.

All in all, we know the NFL is incredibly unpredictable. There’s always a team that makes a huge leap like the Cincinnati Bengals last year, and there’s always one or two that can’t live up to expectations.

But if you start with the most important position and work your way back from there, you’ll find all the noise gets just a little quieter.

Football fans, get a $250 deposit match when you sign up to wager at BetRivers. Register your account today!

Aug. 12
Falcons vs. Lions
Browns vs. Jaguars
Jets vs. Eagles
Cardinals vs. Bengals
Packers vs. 49ers

Aug. 13
Panthers vs. Commanders
Chiefs vs. Bears
Colts vs. Bills
Seahawks vs. Steelers
Dolphins vs. Buccaneers
Saints vs. Texans
Cowboys vs. Broncos
Rams vs. Chargers
Vikings vs. Raiders

Aug. 19
Panthers vs. Patriots
Saints vs. Packers
Texans vs. Rams

Aug. 20
Broncos vs. Bills
Lions vs. Colts
Commanders vs. Chiefs
Raiders vs. Dolphins
Steelers vs. Jaguars
49ers vs. Vikings
Buccaneers vs. Titans
Cowboys vs. Chargers

Aug. 21
Eagles vs. Browns
Bengals vs. Giants
Ravens vs. Cardinals

Aug. 26
Bills vs. Panthers
Seahawks vs. Cowboys
Patriots vs. Raiders

Aug. 27
Jaguars vs. Falcons
Commandeers vs. Ravens
Rams vs. Bengals
Eagles vs. Dolphins
Cardinals vs. Titans
Bears vs. Browns
Buccaneers vs. Colts
Chargers Vs. Saints
Vikings vs. Broncos