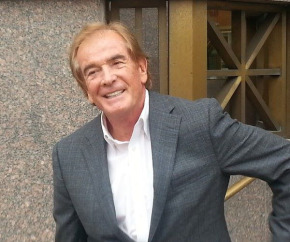 Glen Straub, owner of the closed Revel casino in Atlantic City, has begun another legal battle with New Jersey, this time over taxes he is paying on the former casino.

Straub wants the state to remove Revel from its payment in lieu of taxes program for city casinos. The state passed a bill setting set payments for casinos in an effort to halt costly tax re-assessments that had been crippling the city’s municipal budget.

Straub has filed the suit in Atlantic County Superior Court. The suit says Revel should be taxed as a vacant building and not as an operating casino under the PILOT program. Revel was closed when the state’s PILOT program went into effect a year ago and the suit points out that Straub has never owned the property while it functioned as a casino.

Straub bought the close property for $82 million out of bankruptcy court in 2015. The property closed in 2014.

“The PILOT Act penalizes it by requiring it to pay based on the fact that at one time the property was licensed to operate as a casino, but does not generate the level of revenue as casino properties because no casino operates there and, in fact, never did operate there in the entire ownership period of the plaintiff,” the complaint says.

Straub owes more than $8.3 million in taxes despite not having gaming at the property. Straub would be required to pay $5.1 million if the property was taxed based on its value, according to the suit.

“It’s crazy,” Straub told the Press of Atlantic City. “It’s not a casino, because the state says we need a license. They are penalizing us millions and millions of dollars.”

Straub also has a lawsuit against the state Casino Control Commission, which has ruled he needs a full casino license to re-open gaming at the property. Straub maintains that since he simply wants to lease the space to a casino company, so he does not need full licensing.

In another story centering on a closed Atlantic City casino, the resort’s mayor told the Press that the closed Trump Plaza casino is set to be razed by implosion in the spring.

The casino closed in 2014 and is owned by billionaire Carl Icahn, who took over the former Trump properties through bankruptcy action. Icahn did not comment on the story.

Atlantic City Mayor Don Guardian said the demolition plan does not include the site’s 2,658 parking space garage. The site would also have to pass city inspections for removal of hazardous materials—such as asbestos—before it could be demolished.