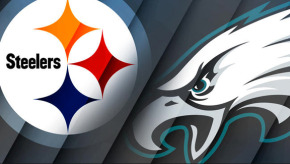 Entry deadlines for second-chance drawings are September 6, October 4 and November 8. Non-winning tickets will receive five entries and carry over to the next drawing.

Fast Play games give players the chance to win instantly without scratching a ticket or waiting for a drawing. Tickets are sold at counters or at self-service terminals, and scanned at a lottery retailer or visiting the lottery’s mobile app.

Eagles and Steelers are $5 games that offers 20 progressive top prizes starting at $50,000. When players match any of their numbers to the winning number, they will win the prize shown. If the matching number is on a football symbol, you’ll win double the prize shown.