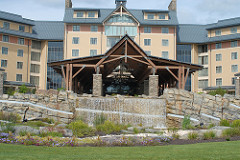 Two weeks after Pennsylvania Governor Tom Wolf signed a massive gaming expansion into law that legalizes online gaming and several other new forms of wagering, one provision of the new law that is drawing much attention is the provision authorizing up to 10 “mini-casinos”—satellite casinos of up to 750 slots and 10 table games, to be bid on by current gaming licensees and operated outside of a 25-mile radius of any current casino.

While there is no timetable for licensing and establishing the satellite gaming facilities, local counties, cities and other municipalities have a December 31 deadline to decide whether or not they will be permitted in their jurisdictions. Counties can vote to opt out of mini-casinos and/or truck-stop gaming, and send verification of local resolutions to the state, after which mini-casinos and video gaming terminals at truck stops would be banned in that county.

Beyond local votes to ban mini-casinos, current operators and many lawmakers are up in arms about the mini-casino provision itself. A Penn National Gaming spokesman has said the operator may sue to block the satellite casino provision because it puts Penn at an unfair competitive disadvantage. Since Penn’s Hollywood Casino outside Harrisburg is relatively isolated, most of its patrons come from farther than 25 miles, meaning mini-casinos could cannibalize Penn’s business more than others.

Many lawmakers, though, are objecting to an obscure amendment to the mini-casino provision that appears to have been drafted for the sole benefit of the Mount Airy Casino in the Pocono Mountains resort region. The 28-word amendment provides that “a Category 4 (mini-casino) license may not be located in a sixth-class county which is contiguous to a county that hosts a Category 2 licensed facility.”

Mount Airy is a Category 2 casino—a stand-alone casino with no racetrack—in a sixth-class county contiguous to three other counties. The amendment, reportedly inserted at the last minute, effectively triples the buffer zone for Mount Airy, barring mini-casinos not only in its own Monroe County, but in contiguous Carbon, Pike and Wayne counties.

The amendment also assures that no new facilities will be built between Mount Airy and its lucrative business from New York City.

Something smells here,” Philadelphia-area Rep. Mark Rozzi told the Philadelphia Inquirer. “Why are we giving special treatment to one casino?”

According to the Inquirer report, the authorship of the amendment is still unknown among lawmakers in Harrisburg. Steve Crawford, a lobbyist representing Mount Airy, told the newspaper he was unaware of who wrote the provision. “As to who put pencil to paper, I can’t answer that question,” Crawford said. “But I’m glad they did.”

State Rep. Maureen Madden, who also represents the district of the casino, was one of the supporters of the amendment. “To protect all of that Mount Airy has committed to in Monroe County, we need to make sure it thrives,” Madden told the Inquirer. “I understand that there are always winners and losers in every piece of legislation.”

Rozzi said he expects other operators to join Penn National in suing to block the new law over what he says is an uneven playing field.

“What’s upsetting to us is that Penn National is being uniquely negatively impacted by this massive expansion of gaming,” Penn spokesman Eric Schippers told the Inquirer. “At the same time, they give us this gift to Mount Airy. It’s unequal treatment. This is an 11th-hour giveaway.”

Meanwhile, local officials across the state are lining up for or against banning the mini-casinos in their jurisdictions. Some areas like Johnstown with no casino gaming nearby (outside of Penn National’s Hollywood, of course) are expected to be among the first to attract bids for a satellite facility.

“We’d be foolish not to pursue this,” said Johnstown Mayor Frank Janakovic, according to the Johnstown Tribune-Democrat. “With the economic factors in this city and the opportunity to create revenue, new business and jobs, a casino is something I think this city would be absolutely interested in pursuing.”

Other municipal officials feel differently. In the Lehigh Valley, home to Sands Bethlehem, Macungie Borough officials oppose a mini-casino, according to the Allentown Morning Call.

“Where would they put a casino?” Borough Council Vice President Roseanne Schleicher asked the newspaper. “Whose yard would they put it in? We have no land left to develop, so that’s your answer right there.”

Gettysburg is another area that wants no part of mini-casinos or truck-stop VLTs, and the same local anti-gaming activists that defeated three attempts at a Gettysburg-area casino are ramping up again. “We’ve only been fighting it for close to 13 years,” said Susan Paddock, president of No Casino Gettysburg, according to the Morning Call. “We are committed to seeing it through because we have something that is a unique national treasure here.”

The Pennsylvania Gaming Control Board is expected to publish a list of all jurisdictions opting out of the mini-casino and VGT provisions by the end of the year. The first bids on the new facilities will be taken January 15.

Uncertainty over mini-casinos is having an ill effect on investors. A Moody’s credit rating agency report predicts the mini-casinos could cannibalize revenues from existing Pennsylvania casinos.