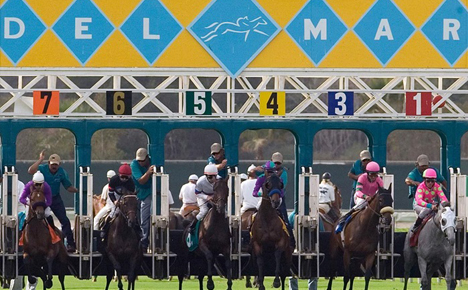 The Pacific Classic, one of the West Coast’s premier races for older horses, has nine contenders vying for a Breeders Cup berth. Let’s size up the field.

So there isn’t a Candy Ride or Accelerate in this year’s Pacific Classic field. No Shared Belief, no Beholder, no California Chrome. Oh, and there’s no Game On Dude, Best Pal or Lava Man to be found.

No. This year, we have Express Train, Royal Ship and Eastern shipper Dr. Post as your headliners. Nice, respectable horses with a few good victories sprinkled about their resumes. We have an Independence Hall sighting, which would get the blood pumping and the betting frantic—if it was early 2020.

Yes, the marquee at Del Mar seems a bit dim for its marquee race this year.

But one of the West Coast’s premier races for older horses does feature nine horses, albeit none with the star wattage this race normally attracts. It remains a Grade 1 worthy of its name, even if this year’s field resembles a Grade 1 ½.

The winner will collect $600,000, considering the Pacific Classic sports a $1 million purse. It headlines an 11-race Del Mar card that includes five graded stakes, including the Grade 1 Del Mar Oaks and the Grade 2 Del Mar Handicap.

So yes, this incarnation of the Pacific Classic isn’t the star-cluster we’ve seen in the past. But the 1 ¼-mile test will make a star out of its winner. 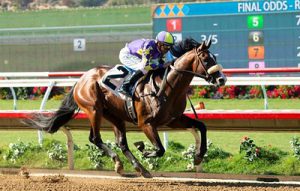 Who that is, remains wide open. Del Mar’s respected morning-line maker Jon White tabbed the consistent Express Train as the 3-1 morning-line favorite. Which makes sense, when you look at the Union Rags colt’s Del Mar record (3-1-0 in four starts) and his 2021 escapades.

Those escapades include five in-the-money finishes in five graded stakes races this year, starting by beating fellow Pacific Classic rival Tizamagician in February’s San Pasqual Stakes. In March, Express Train was yards away from winning the Santa Anita Handicap when Idol passed him just before the wire for a half-length victory.

In April, he went to Oaklawn Park and finished third in the Oaklawn Handicap. May brought him back to Santa Anita for a third in the Hollywood Gold Cup. July brought his fourth career victory, a half-length victory over fellow Pacific Classic contestant Tripoli.

Expect jockey Juan Hernandez—Del Mar’s No. 2 rider in wins and earnings behind Flavien Prat—to perch Express Train off the leaders, then unleash him in early stretch. 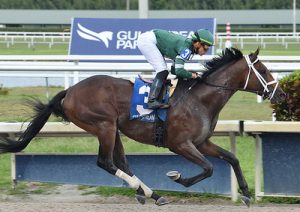 That pair could have company there with Royal Ship, the 7-2 second-favorite, who will try giving jockey Mike Smith his record fifth Pacific Classic title and trainer Richard Mandella his fourth. Like Express Train, this 5-year-old Brazilian gelding brings a respectable resume to the gate, winning the Californian Stakes at Santa Anita. He finished second in the Hollywood Gold Cup to Country Grammer, then third in the San Diego Handicap behind Express Trian and Tripoli.

Royal Ship is one of those gutty horses who never mails in a race. He gets beat by better horses, but should factor prominently—especially in a stretch battle. If Royal Ship is on or near the lead in mid-stretch, he has the speed to finish—as his six wins in 14 starts attest.

The X-factor here is the resident carpetbagger: 4-1 Dr. Post. He comes east west? courtesy of newly minted Hall of Fame trainer Todd Pletcher, who goes searching for easier Grade 1 pickings than what this Quality Road colt faces on the East Coast.

The runner-up to Tiz the Law in the 2020 Belmont Stakes, Dr. Post comes west off a victory in the Monmouth Cup at Monmouth Park. Before that, however, he was a non-factor fifth—beaten by 8 ½ lengths—in the Grade 1 Metropolitan Mile on Belmont Stakes Day. Dr. Post sandwiched that loss with another grade stakes win: the Westchester Stakes.

Dr. Post’s best races come when he sits on the lead, and his current form in this field makes him a factor. 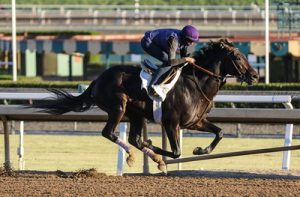 Two others bear mention: the aforementioned Tripoli and Tizamagician. White put 5-1 odds on both of them. Tripoli comes to you from the successful partnership of trainer John Sadler and his biggest client: Hronis Racing. This tandem went back-to-back here in 2018 (Horse of the Year Accelerate) and 2019 (Higher Power).

Tripoli owns two wins and that second in the San Diego Handicap in his last three starts and seems to be peaking. His last two Equibase Speed Figures (109 and 106) are competitive here.

Tizamagician comes to you off two wins and a second—all in graded stakes—in his last three outings. The victories came in the Tokyo City Cup at Santa Anita and the Cougar II Stakes at Del Mar. The second, at the Brooklyn Stakes at Belmont Park.

So yes, Tizamagician travels well. He should set the pace here and with Mandella and Prat on the case, the son of 2000 Pacific Classic runner-up Tiznow could steal this race.

If that happens, Tizamagician would give Spendthrift Farm its first Pacific Classic title since standout filly Beholder won by 8 ½ lengths in 2015. It would be a poignant moment for everyone in the sport, given the death of Spendthrift owner B. Wayne Hughes on Wednesday. Hughes, one of the sport’s pioneers who turned Spendthrift into a breeding powerhouse, died of natural causes at 87.