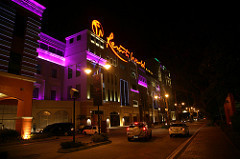 The Philippine Amusement and Gaming Corp. has halted gaming operations at Resorts World Manila in the aftermath of the June 2 attack by a lone gunman who started fires that killed at least three dozen patrons and employees.

In a statement, PAGCOR said it suspended Travellers’ provisional license to operate “casinos and other gaming facilities under the business name of Resorts World Manila. With the suspension, Resorts World Manila must cease and desist all gaming operations while investigation on its liability regarding the June 2 incident is ongoing.”

The suspension will remain in effect until Resorts World Manila takes care of security lapses that are said to have been partly responsible for the destruction and loss of life, and also “placed the Philippine gaming, tourism and hospitality industries in bad light.”

On its own, Resorts World Manila had opted to keep the resort closed until at least June 15 to help ensure that all safety issues have been addressed, reported GGRAsia. Now itsays it will do anything necessary to maintain its gaming license.“The company assures its stakeholders that all efforts shall be exerted to preserve and defend the company’s provisional license,” said a filing to the Philippine Stock Exchange.

Meanwhile, the Manila Standard reports that Rep. Gus Tambunting, chairman of the House Committee on Games and Amusements, says it’s the responsibility of the House of Representatives “to make sure such catastrophes do not happen again.

“We cannot allow the Philippines to be a place where perpetrators can easily commit these acts that result in the loss of life and property. Enough is enough,” Tambunting said. “If we do not shape up our security measures, what happened at Resorts World Manila could also happen in our other hotels, casinos, stadiums, concert halls, and other places where a lot of people gather,” he further stated.

PAGCOR is calling on all integrated resorts in the country to submit security and safety protocols for official review. The government is also considering a plan that would require casino patrons to pay a fee at entry.

According to local media, that bill, submitted by Rep. Rodolfo Albano, is intended to combat gambling addiction in the country by adding a new barrier for would-be customers; the gunman in the June 2 attack, Jessie Javier Carlos, was reportedly a problem gambler. The proposed entry levy of PHP 3,000 (US$61) is intended to ensure that the “person entering any and all casinos in the Philippines has the financial resources to engage in any form of gambling.” The model is used in Singapore, which requires casino patrons to pay either SGD 100 (US$80) for 24-hour access or SGD 2,000 for a year’s entry; foreigners enjoy free access, however.

The proposed legislation “seeks to address some poor people who have no more money and yet go inside and gamble all they have left for their families,” Albano told the Philippine Inquirer. The fees will go to a special fund for children and youth welfare centers.

The entry-fee plan got the thumbs-down from investment banking group Morgan Stanley, whose analysts believe it would have a significant negative impact on mass-market gaming. Alex Poon and Praveen Choudhary of Morgan Stanley wrote that the proposed entry fee “may deter grind mass and family customers.”

The Asia Gaming Brief reports that Bloomberry Resorts’ Solaire Resort and Casino, also in Entertainment City, saw a number of guest cancellations following the attack, but executives continue to be optimistic for the rest of the year. Bloomberry Resorts Corporation Chairman Enrique Razon Jr. said the company saw guests and players withdraw their reservations from the Solaire Resort and Casino immediately following the incident at RWM.

“We had a total of 40 bookings from individuals and junket operators who cancelled,” he said. “The gaming industry is going stronger this year, so far. In the first quarter, we had clear growth of 48 percent. You have to be happy with that.”

Razon said the effect of the disaster on local tourism will “die down soon.”