HomeThe ShuffleParlay Betting: Beyond the Basics

Parlay Betting: Beyond the Basics 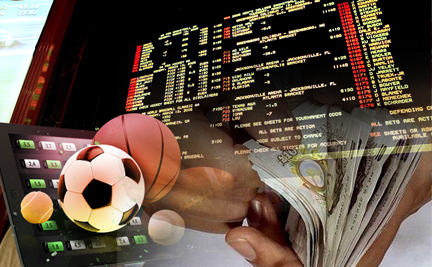 If you’ll take long odds for a chance to get big wins, parlay betting on sports may be for you. But it takes some know-how to come out ahead. Here’s how to get started.

Betting on parlay cards is a tricky proposition, especially if you’re looking at a wager of 10 legs or more. Trying to predict the results of a single sport is hard enough. Ten or more can feel like you’re playing the lottery—with the same long odds. Of course, if those combined bets hit, you’ll be richly rewarded. Here we’ll cover parlay betting and go beyond the basics to get you started on what can be an exciting addition to your single-bet wagers.

Yeah, the Odds Favor the House…

As in all gambling, the odds are with the house. But parlay bets are popular, despite that. According to the Center for Gaming Research at the University of Nevada, Las Vegas, gamblers in the state made $1.8 billion in parlay bets between 1992 and 2020. But again, the average win percentage for sportsbooks on parlay wagers was nearly 31 percent, as opposed to 5 percent for straight sports bets.

Still, all is not lost if you want to try your hand at parlays. As famed Las Vegas oddsmaker Roxy Roxborough said in a 2019 Twitter post: “If I had a family member that wanted to gamble on sports, I would be much happier if they were betting $10 parlay cards with the worst of it instead of dime straight bets with a small percentage against him.”

Parlay Boost adds to your winnings at GoldenNuggetCasino.com. Just place a parlay with each qualifying leg having odds of -145 or greater. The boost will be paid out automatically when the bet is settled.

You may have read about a New Jersey gambler, identified only as Gregory L., who turned a $326 parlay bet at the Hard Rock Casino into $231,000—the largest jackpot on a sports bet in Jersey since sports betting was legalized in 2018. This lucky guy had a 12-leg parlay that consisted of six NBA games and six NHL games.

A couple of weeks ago, another gambler who bet $100 on a 20-leg parlay won a grand total of $123,756. His multi-leg parlay included everything but the kitchen sink: two tennis matches, eight soccer contests, and five NHL and NBA games.

That unidentified bettor took mostly favorites in his 20 wagers. His only underdogs were the New York Islanders +105 against the Boston Bruins and the Portland Trailblazers +110 against the Miami Heat. In two of his chosen soccer matches—Spain-Greece and England-San Marino—he took the under. Though he went mostly with favorites, it doesn’t mean he didn’t sweat a little. Ashleigh Barty was a -1408 pick over Kristina Kucova in their tennis match at the Miami Open, but she was staring down match-point before she rallied to win.

The One-Sport Approach Works, Too

Betting on one sport in parlays is common, especially during football season. One parlay on golf paid off handsomely last October. A bettor in Australia bet 20 head-to-head golf matchups with an online sportsbook. He wagered $1 and when he won all 20, reaped a bonanza: almost $680,000. Not a bad day’s work.

Boost your personalized parlays every day at PointsBet.com. Create a 3-plus-leg parlay in your betslip and select the Lightning Icon to boost your parlay. Enjoy the boosted payout!

Start with A Winning Strategy

You’ve gotta have a plan before tackling a big parlay wager. Remember, all it takes is one mistake to lose the whole bet. So think it through before you start.

Below are some general tips that should help you make your selections.

1. Know your sports. Sounds simple, doesn’t it? But it’s surprising how many gamblers bet on sports they don’t really understand. If you aren’t a soccer fan, don’t put Manchester United in your parlay just because you’ve heard they’re good. Handicapping is the key to parlays, and it’ll go a lot better if you stick to sports you really know.

3. Favorites are your friend. Yes, it’s true that underdogs come with better odds, but there’s a reason they aren’t favored. Stick with favorites and you’ll be a lot happier. In most 10-leg-or-more parlays, the winners usually have 80% to 90% favorites on the card. Of course, if you feel strongly about an underdog, don’t shy away from the bet. It can help increase your payoff.

4. Diversify your sports. Just like the stock market, you aren’t putting your money all in one sector, and the same should is true of parlay cards. During football season, pick NFL and college games, and maybe throw in an NHL or NBA game you feel strongly about. Just remember to pick sports you know about. Don’t force it.

5. Be certain of your picks. When you’re playing a parlay card of 10 or more legs, confidence is key. If you’re hemming on a selection, toss it and pick another one you feel more strongly about.

To start with the basics, check out our article on parlay betting basics. Then you’ll be set to come back to John Reger’s Parlay Betting, Beyond the Basics and be ready to solidify your parlay bets.

Parlay Plus at BetMGM.com lets you win 40% more in profits on your winning parlays! Just place a 4-to-7-leg parlay on any combination of sports and sporting events.

Every week, iGamingPlayer boosts your odds with winning insights on your favorite sports. Subscribe below today!