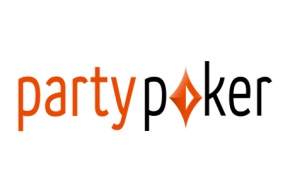 PartyPoker has stopped operations in the Czech Republic, but only for as long as it takes to be officially licensed under the country’s new gaming rules.

PartyPoker has told its Czech players that the withdrawal is only temporary and the company has applied for a license. The Czech Republic recently adopted new regulations for licensing out-of-country operators.

According to online posting boards, players received a message saying an application for a license has been filed.

“We would like to inform you that PartyPoker has applied for a license under the new legislation in the Czech Republic,” to company advised players. “This application license is currently being dealt with and we are in regular contact with the Czech authorities.

“Despite some delays on the part of the Czech authorities are convinced that it will soon be granted a permit us to operate in the Czech Republic, and until we have a new license, just to let you know,” the advisory said. “Currently we comply with the restrictions mandated by the Czech authorities to close your account. We look forward to you we can welcome you back at PartyPoker, as soon as we will be granted a license.”

Rival PokerStars was the first online poker platform to be licensed for live games by the Czech State Supervision of Gambling and Lotteries Department and began accepting players earlier this month.

“We are very happy and proud to offer our products to Czech players. Being awarded this license underscores our commitment to supporting local regulations and obtaining local licenses wherever possible,” said Eric Hollreiser, vice president of corporate communications for Amaya Inc. and PokerStars in a press release.