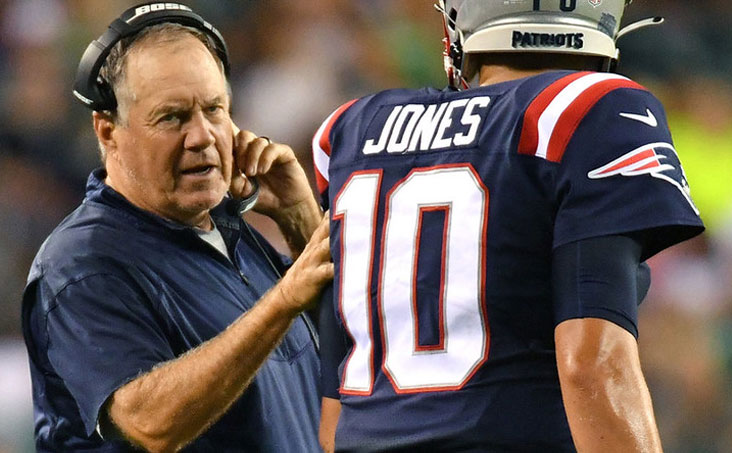 Cam Newton got his walking papers Tuesday, leaving Mac Jones to start as QB for the New England Patriots. Here’s how oddsmakers responded.

In a shocking turn of events, quarterback Cam Newton was cut by the New England Patriots, the team announced Tuesday. And Newton’s MVP and season stat leader odds naturally got longer as a result.

After the Patriots announced they had cut last year’s starting quarterback, Newton’s MVP odds moved from +8000 to +20000. He’s getting 0.1 percent of the tickets and 0.3 percent of the handle to win that.

Winning any of these will, of course, be pretty difficult if Newton isn’t on an NFL team this season. But keep an eye on these should he end up on another team.

Newton’s ouster, meanwhile opens the door for rookie quarterback Mac Jones to start Week 1 for the team. And Jones’ odds for this season are also on the move after the Newton news.

The odds for Jones to win the MVP this season were +25000 before Tuesday’s announcement. Afterward, those odds shortened considerably to +8000 at BetMGM. His Rookie of the Year odds also moved, as they were at +1200 before the news and then moved to +500.

Belichick: Down to Performance 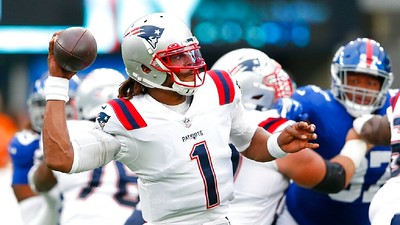 Newton and Jones were neck and neck for starting QB role in the preseason, but head coach Bill Belichick said earlier this week that Newton was going “in the right direction.” The 10-year veteran started all three preseason games, and it looked like Belichick would start him in Week 1 against the Miami Dolphins. The presumptive QB was guaranteed $3.5 million on his contract this year, despite injuries that may have pushed him to backup status.

Rumor had it that Belichick cut Newton because of his vaccine status. According to reports, Newton missed a number of practices last week due to a misunderstanding of Covid-19 rules. In the NFL, vaccinated players don’t need daily tests, but Newton was tested for Covid-19 every day on his return. Belichick denied the reports, and later said the rookie has outperformed other QBs on the current Patriots roster.

In the preseason, Jones managed 36-of-52 for 389 yards and threw one touchdown, with 107 snaps so far. By contrast, Newton had 39 snaps and played 14 out of 21 for 162 yards. In any case, Newton took his release in stride, tweeting, “I really appreciate all the love and support at this time… but I’m okay!”

In case you missed it: Get the BetQL Model’s outlook for quarterbacks in 2021!