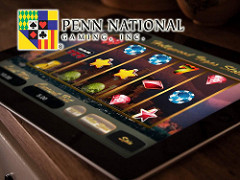 Under the deal, some Lightning Box titles will be available within Penn’s online casino library this year. The popular Chilli Gold will be the first to go live, followed by Dolphin Gold, Respin Rhinos, Silver Lion and others from the company’s 50-title library, the companies said in a press release. The games will launch on the social games sites Hollywood Casino, Big Bonus Slots and Viva Slots.

While the deal is for social free-to-play sites, the two companies seem to be positioning themselves for real-money play. Lightning Box, for example, operates games in New Jersey’s online market.

“Lightning Box’s gaming content is proven across real-money and social gaming platforms,” said Chris Sheffield, managing director of Penn Interactive in a press release. “And with its already established U.S. credentials, we look forward to working together for the foreseeable future.”

Pennsylvania has recently approved real-money online gambling, though licensing is still underway and no sites have launched yet.