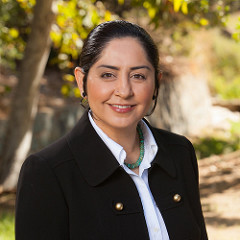 The tribe agreed to pay the company $15 million for the note, and due to sovereign immunity, the company has no recourse for collecting the rest. The company will use the loss to offset capital gains associated with its acquisition of Pinnacle Entertainment.

Penn originally fronted $94 million for the development and construction of the casino on the tiny, 4-acre Jamul Indian Village reservation.

In an SEC filing two months ago, Penn said it was ending its management agreement with the tribe with several years remaining. The tribe took control of the property and changed the name of the casino to Jamul Casino.

In its filing Penn noted, “During 2017, our loan to the JIVDC (Jamul Indian Village Development Corporation) went into default and as a result Penn incurred impairment charges related to its loan and funding commitments of $89.8 million.”

The tribe has battled local residents since 1990 to build a casino. Finally, in 2014, Penn National began construction. The property is so small that much of the 8-story casino building had to be located underground.

In making the announcement that the tribe would be running its own casino, Jamul Chairwoman Erica Pinto said, “I made the announcement (of the split) on March 1 and it was met with applause.” When the replacement billboard made up with the new brand: “I said, ‘Look guys, we’re finally doing it for ourselves.’ It was so exciting,”

Pinto said there would be no layoffs. She told the San Diego Union-Tribune: “Actually to the contrary, we’ve been hiring.” That includes a new human resources director, new marketing team and new general manager, Mary Cheeks.

Noting the rapid pace of the rebranding, a new loyalty program, and new general manager, Pinto said, “It’s been a wild ride for us, but it’s exciting nonetheless.”

Jamul Casino is San Diego County’s newest casino. It opened in October of 2016. Because of its small footprint, the casino will never be able to compete on the same scale as its other San Diego neighbors, who are in the midst of adding pool complex, high rise hotels and multiple restaurants.