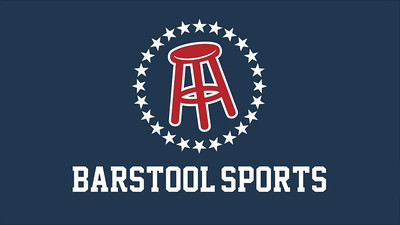 Penn National Gaming last week announced it would issue nearly $1 billion in new shares just days after its Barstool branded only sports book opened in Pennsylvania. Penn is hoping to cash in on the rush to invest in sports betting operations like DraftKings and Golden Nugget Interactive.

Penn National Gaming last week launched its Barstool online sportsbook, the 10th online/mobile wagering site in Pennsylvania. As a result, the company announced it would seek to raise nearly $1 billion with a public offering of 14 million shares of stock. Penn is clearly trying to capitalize on the young sports betting market in the U.S., which has seen runups in share prices of William Hill and very successful IPOs by DraftKings and Lancadia Holding and its Golden Nugget brand.

Penn has lost $800 million this year due to the lockdown of casinos, but like most casino companies, is experiencing a quicker-than-expected rebound. Share price for Penn dipped 8 percent after the announcement of the sale, but over the past year, Penn’s share have appreciated 170 percent.

Penn’s strategic partnership with Barstool Sports gives it access to 66 million active monthly users, a number that dwarfs anything that DraftKings or any other site can boast. Over 60 percent of Barstool subscribers describe themselves as active sports bettors, with 60 percent below the age of 30. Penn bought 36 percent of Barstool earlier this year for $450 million and is using the Barstool brand for its sports betting operations.

The site operates with odds supplied by Kambi, the sixth Kambi-powered sportsbook in the state.

The Barstool site duplicates the European firm’s odds, which are also used by rivals books including DraftKings, Unibet, Parx, BetRivers and PlaySugarHouse.

Deutsche Bank analyst Carlo Santarelli, who has a Sell rating on the stock with a $22 price target, says he believes the raised capital is likely to be put to work towards competing in the highly promotional sports betting arena. He expects Penn to use the capital towards additional Barstool Sportsbook app content and Barstool branded retail sportsbooks.

“At 11.2x our 2022 adjusted EBITDAR forecast, versus the historical average multiple ~6.5x, the equity raise, in our view, should have been largely expected,” Santarelli wrote in a note to investors. “While we would not view the transaction as a positive for shares, we do believe it was a necessary strategic decision, given the run in shares and the unrealistic, in our opinion, implied value of the sports and iCasino verticals.

“At current levels, we estimate the sports and iCasino segments represent roughly $6.2 billion of the $9.3 billion equity market cap, a valuation that far exceeds the value implied in peer equities with similar prospects for success in sports and iCasino.”