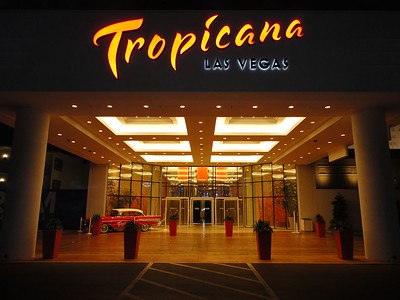 Penn National Gaming announced it will sell the Tropicana Las Vegas and another casino project to Gaming & Leisure Properties. Tens of thousands of employees will be let go as part of a coronavirus survival plan.

Penn National CEO Jay Snowden, who recently succeeded Tim Wilmott in the leadership role, said the nationwide pandemic, which has closed virtually all casinos and other non-essential businesses in the United States, forced the company’s hand. But Penn had publicly discussed selling the Tropicana, its only resort on the Las Vegas Strip, during quarterly earnings calls. As recently as February, Snowden said the 1,500-room resort was attracting “unsolicited” interest.

Under the terms of the deal, Penn National will continue to operate the Vegas property as well as a Pennsylvania “mini-casino,” now under construction in Morgantown, paying $337.5 million in rent. The deal also gives Penn National the option to take over the operations of GLPI’s wholly-owned and operated Hollywood Casino in Perryville, Maryland, according to CDC Gaming Reports.

Penn would receive a share of the sale proceeds if the Strip resort is sold within two years.

“This is a win-win agreement that significantly enhances GLPI’s certainty from the master leases with Penn National,” GLPI CEO Peter Carlino said in a statement. “It assists Penn National in meeting its GLPI rent obligations while helping to create a stronger liquidity roadmap for Penn.”

“We greatly appreciate the cooperation, creativity, and partnership shown by GLPI during this challenging time,” Snowden said in a statement. “While this transaction will help to relieve liquidity pressure in terms of rent obligations, we are committed to taking further steps to reduce our ongoing operating expenses in order to ensure we have a healthy business to return to when we are able to re-open our doors.”

In related news, Snowden said the company will continue to pay Tropicana’s laid-off 26,000 employees through March 31. “This decision was extremely difficult to make for all of us at Penn,” Snowden said in a letter to Penn employees. “Penn National is a family, and we deeply regret the hardship this will place on you and your loved ones. We are extremely motivated and focused on re-opening our properties as soon as it is safe and legal to do so.”

Snowden said Penn will maintain medical benefits for its workers through June 30 for those employees enrolled in the company’s health plans.