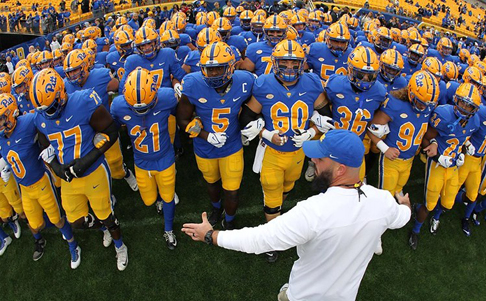 With the 2022 college football season right around the corner, let’s take a look at how the Pennsylvania teams should fare this year.

Pennsylvania college football teams had a generally disappointing 2021 season, but there very well could be hope for a resurgence in this 2022 campaign.

Pennsylvania is a large state full of young football talent and nine Division-I teams to fill with it. Each of these programs will be looking to improve upon its 2021 showing so we’ll look into each team’s roster and see just what their chances are of improving this season.

To start the season, we’re already seeing improvements with these teams from last year so there’s a lot to look forward to. There are a few that should be very exciting to watch and even more exciting to bet on.

Here’s a preview of each team with any available futures props. All odds are courtesy of Caesars Sportsbook. 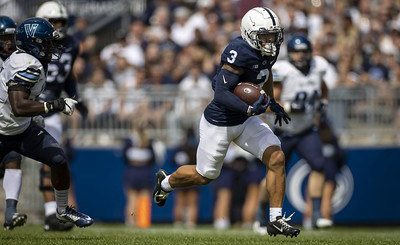 This team is returning its starting QB Sean Clifford and running back duo, Keyvone Lee and Devyn Ford. The Lions lost top receiver Jahan Dotson to the NFL Draft but will be returning every single other target of Clifford’s from last year.

The offense should be effective right from the opening snap and have a strong season. The defense, however, will need to find an identity after losing multiple of its key players to the NFL Draft. This will be the deciding factor determining what kind of season Penn State will have.

The team has eight very winnable games on the schedule and if they can properly take care of business, they will only need to win one of four tough games (@Auburn Tigers, @Michigan Wolverines, vs. Ohio State Buckeyes, and vs. Michigan State Spartans) to beat their win total of 8.5.

The Nittany Lions just don’t have enough to threaten Ohio State for the division or conference so avoid those bets, even if the lines look juicy. 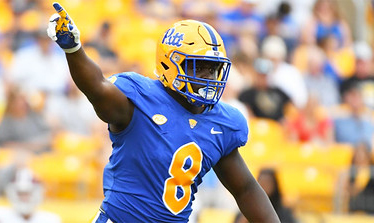 The Pittsburgh Panthers were 11-3 last year and that was largely because of QB Kenny Pickett and WR Jordan Addison. Pickett went to the NFL and Addison transferred to the USC Trojans.

In what turned out to be virtually a trade through the transfer portal, the Panthers did get a big offensive threat in return from USC in senior QB Kedon Slovis.

The Panthers are returning most of their defense from a year ago and should be strong on that side of the football.

This could potentially be a very dangerous team and has real potential to make a run at the ACC title. The Coastal division looks likely to be a two-horse race between the Panthers and Miami Hurricanes, the winner of which would probably face a Clemson Tigers team in the ACC title game that hasn’t been the same since losing QB Trevor Lawrence.

BetMGM Sports offers the option of an early Cash Out for Pennsylvania bettors on some straight and parlay bets. When you choose to cash out, a portion of your potential winnings will be collected in advance of the outcome. 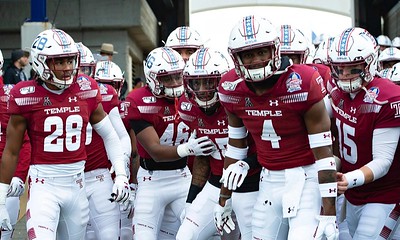 The Temple Owls were awful a year ago, finishing 3-9. There is no sugar coating that. They have a win total this year of 2.5 and are +20000 to win the American Conference.

Last season, the offense could never seem to get anything going and the defense couldn’t get enough stops to give that unproductive offense a chance.

There is some hope for the Owls this year in the form of the transfer portal. The team gained the services of Georgia QB D’Wan Mathis, North Dakota State QB Quincy Patterson, and Texas A&M RB Darvon Hubbard.

Mathis and Patterson should form a competitive QB tandem while Hubbard will look to spark a weak Temple running game. I expect this team to at least mirror last year’s win total of three games, if not improve by a game or two. You can take the over of 2.5 confidently here.

The Penn Quakers were near the bottom of the Ivy League standings a year ago, finishing 3-7, and then lost a lot of its offense over the offseason.

Sophomore QB Aidan Sayin will have to take a big step up this season to get an essentially brand new offense over the hump.

There are several competitive teams at the top of the conference and it doesn’t feel like this year is going to be much different for Penn. Stay away from betting on the Quakers, it’s going to be another dismal season. Just Sayin. 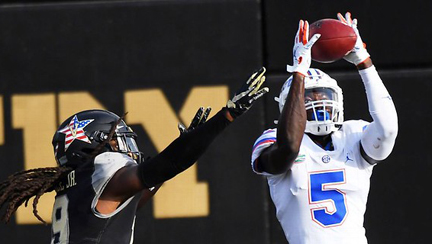 The Villanova Wildcats were able to finish last season atop the Colonial Athletic Association standings, with a 7-1 conference record, before losing in the quarterfinals of the FCS playoffs.

It was a great season with a disappointing ending, which got even more disappointing when starting QB Daniel Smith and RB Justin Covington both graduated. The offense will still feature the second head of the RB snake in Jalen Jackson, as well as the top two receivers from a year ago, Rayjoun Pringle and Jaaron Hayek.

The team will just need to figure out their new starting QB and get him going fast, but otherwise, they aren’t losing much. They should be right back at the top of the CAA again this year.

At SugarHouse Online Casino and sportsbook in Pennsylvania, we’re welcoming new customers with a bet match. Make your first deposit of $10 or more and it will be automatically matched.

Bucknell Should be Cellar Dwellers Again

The Bucknell Bison had next to zero offense to speak of a season ago. The team sat at bottom of the Patriot League standings after going 0-6 in conference play and finishing 1-10.

The team is retaining most of its offense, but who cares? The Bison didn’t have a quarterback throw for over 615 yards, a running back rush for over 315 yards, or a wide receiver go for over 250 yards last season.

No one in this conference is fearing the Bison at all. Bet against them every chance you get.

At Caesars online sportsbook in Pennsylvania, customers can receive a free match on their initial deposit of up to $1,000. You’re a winner before you even make a bet! 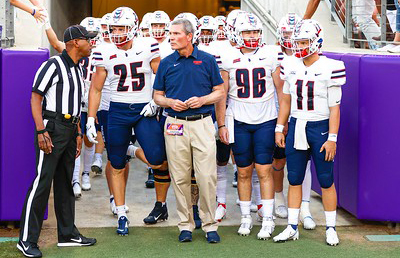 The Duquesne Dukes came up just shy of conquering the Northeast Conference last season. Back-to-back late losses had them finish at 5-2 in the conference and 7-3 overall, both one game shy of the Sacred Heart Pioneers.

The offense is returning star QB Darius Perrantes and RB Billy Lucas. RB Garrett Owens and WR Cyrus Holder are gone, though, and Perrantes will be tasked with helping the other receivers make up for his lost production.

Overall the Dukes look good and have a chip on their shoulder after coming so close to a conference championship a year ago. Expect a strong season from Duquesne.

Improvement Ahead for Lehigh

The Lehigh Mountain Hawks had a poor overall season last year, but all three wins came in Patriot League play, which offered the team a glimmer of hope for this coming season, despite finishing 3-8.

The offense is returning all of its major players but will need to make some improvements if it wants to be effective this time around. I would expect a modest improvement this season, to the tune of about five wins.

The Lafayette Leopards finished with an identical 3-8 record as Lehigh but sat a little closer to the bottom of the 2021 Patriot League standings with just two conference wins.

There was barely any offense to speak of and on top of that, starting RB Selwyn Simpson graduated. It will be a tough road ahead for this Lafayette team to be competitive, and I would expect a lot more of the same this season. Look for a very similar overall and conference record from the Leopards.

Want to bet on sports in Pennsylvania? Here are our top four favorite PA sportsbooks: