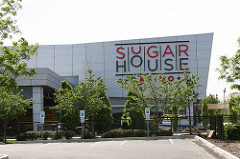 SugarHouse, owned by Rush Street Gaming, already operates an online casino site in New Jersey and touted the success of that site before the board, according to a report at CDC Gaming Reports.

The casino outlined its growing revenue in New Jersey, but declined to publicly disclose the exact amount it is making, the report said.

The company also noted it has launched a site in the South American country of Colombia and that its online platforms both operate in legal and regulated markets. The company also said it has been innovative and developed its own platform.

Penn National, which has already spent $77,600,000 on various gambling licenses in the state said it will power its Pennsylvania site with gaming software maker IGT to power its online casino in the state. That marks a break with SG Digital, which powers the casino’s social games site.

The board also clarified its position on remaining online licenses available under the state’s gaming law. According to regulators, outside entities may now apply to purchase the seven remaining licenses (three poker, two slots, and two table games licenses).

Claiming a license will happen through a four-step process, which includes a random drawing—a sign that the board is expecting more applications than it received from state casinos.