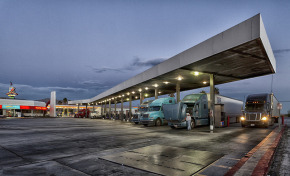 The law is the state’s largest gaming expansion since 2004, when the state first legalized casinos. Pennsylvania is the fourth U.S. state to legalize online gaming, joining New Jersey, Delaware and Nevada.

Pennsylvania’s iGaming comes with a unique twist—casino operators both inside and outside of Pennsylvania may apply for licenses to operate gambling websites for use by people located within Pennsylvania’s borders. First preference will be given to Pennsylvania casino licensees.

The potential to combine Pennsylvania’s population with the other three iGaming states to create pooled games is being viewed as a potential profit-generator for the poker sites created under the law.

Online gaming is only one of many gaming expansions enacted when Wolf signed the budget law. iGaming and the other gaming expansions are projected to fill $200 million of the state’s $2.2 billion budget deficit.

Other parts of the expansion include:

Wolf, who previously opposed many of the gaming expansions he signed into law, told reporters after signing the bill that the package represents the best scenario for gaming expansion.

“There’s been a lot of pressure from a lot of places in the commonwealth to actually expand this, and we do need some recurring revenue,” Wolf said, according to the Allentown Morning Call.

“Again, the goal has been all along to do what’s prudent, and not cannibalize existing gambling revenue coming to the state. And, I think what we’re settling on will actually do that.”

“As part of the UK Gambling Commission’s drive to improve its services and make its market the best in the world, sharing resources with other countries has long been discussed,” wrote columnist George White for the site. “In light of this, the regulation of online poker, casino gaming and daily fantasy sports in Pennsylvania could bring talks of a possible deal back to the fore.”

Pennsylvania’s legalization of online gaming comes at the end of a five-year legislative battle, but lawmakers in some other states considering iGaming see it as a potential momentum-builder for their own online gaming proposals.

After that, the state Gaming Control Board will promulgate regulations and hand out licenses to conduct iGaming, satellite casinos and the other expanded offerings. Observers predict that online gaming sites should be ready to launch by the second half of 2018.