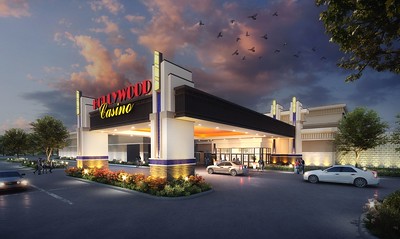 The Pennsylvania Gaming Control Board last week unanimously approved the license for Penn National Gaming to operate its mini-casino in York.

The $120 million Hollywood Casino York will open in an 80,000-square-foot space formerly occupied by the Sears anchor store at the York Galleria Mall. It will offer 500 slot machines, 24 table games, a sportsbook and online betting parlor, and several restaurants.

The license will be tied to the license for Penn’s flagship Hollywood Casino at Penn National Racecourse in Grantville, outside of Harrisburg. It was the first project to receive preliminary approval under Pennsylvania’s 2017 gaming expansion law, which created Category 4 mini-casinos. Category 4 casinos are limited to 750 slots and 30 table games, which can be increased to 40 on request. They must be tied to an existing land-based license.

Construction is already under way at Hollywood Casino York, and it is expected to open in about 12 to 13 months, Penn National officials told regulators at Wednesday’s gaming board meeting before the unanimous vote. The facility is expected to create 260 construction jobs, and after operations are stabilized, it expects to have a full-time workforce of 200 people and generate about $1 million in annual tax and fee revenue for Springettsbury Township, the host community.

“This being the second project that has been approved at an existing mall (the first being Stadium Casino’s Live! Casino Pittsburgh) that has lost a significant amount of retail business,” board spokesman Doug Harbach told the York Dispatch. “This type of project certainly should boost the amount of visitors to that facility and hopefully spur some renaissance to that facility.”

Penn National won the preliminary license with a bid of more than $50 million, by far the largest bid in any of the Category 4 auctions. It is the third mini-casino to receive final licensing from the board.