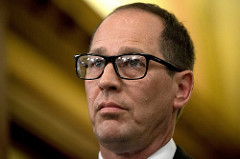 Pennsylvania state lawmakers have reached a tentative deal on a new budget that includes limited gambling expansion to replace tax increases that had been in a state Senate plan, according to a report by the multimedia news organization City & State PA.

According to City & State, the deal would create 10 new “mini casinos” in rural areas of the state, legalize online poker and casinos, and legalize video gaming terminals at truck stops.

“The details are still being worked out, and we hope to have something to share with the caucus next week,” House GOP spokesman Stephen Miskin told City & State.

According to the Patriot News, the deal would rely heavily on borrowing at least $1 billion against the state’s payments from a tobacco settlement and around $300 million in fund transfers.

City & State reports that Senate President Pro Tempore Joe Scarnati recalled the Senate for session with plans to vote on a budget bill.