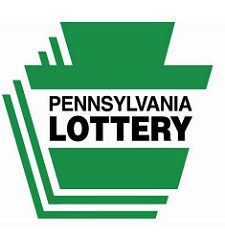 The owners of seven Pennsylvania casinos, including Penn National Gaming Inc. and Caesars Entertainment Corporation, recently filed a lawsuit in Commonwealth Court against the state revenue department, which oversees the Pennsylvania Lottery, claiming new internet-based iLottery games simulate slot machines and casino-style gambling in violation of the state Gaming Act. The law limits casino games to holders of a slot machine license and table games certificate. The casino operators want the court to stop the Lottery from offering the games.

In court papers, the casinos said the iLottery program, which began in May and awards prizes up to $250,000, “is a direct incursion by the state into the exclusive market of the licensed gaming operators. All of the iLottery games feature the same user interface as a slot machine, and have the same interactive appearance, feel and play experience that a player would expect from land-based and online slot machines. These features include graphics, animation, suspenseful music, flashing lights, bells or sounds played when combinations are hit, and similar visual and auditory features.”

Also, the lawsuit said the iLottery games use the same titles as popular casino-floor slots; offer games in penny or dime denominations that previously have not been used for any other Lottery products; require players to set bets; and offer free marketing tools similar to casino marketing.

In addition, the casinos said the iLottery games allow players who are 18 years old, but in casinos players must be 21. The casinos pointed out hey have spent millions of dollars on licenses and facilities.

Lottery spokesman Gary Miller said officials had not yet reviewed the lawsuit. However, he added, “It is important to note that Act 42 authorized the lottery’s new games, which are part of an effort to continue delivering to our customers games that they want and where they want while generating the additional funds to stabilize the Lottery Fund and provide vital services to older Pennsylvanians.”

Six of Pennsylvania’s 13 commercial casino licensees are not parties to the new suit, including SugarHouse in Philadelphia and Rivers casinos in Pittsburgh. Also not included are Bethlehem Sands and Presque Isle Downs, which currently are transitioning between owners.

Most of Pennsylvania’s casinos are preparing to launch their own online gambling platforms later this year, paying $10 million each for a license enhancement. Commercial online gambling and the iLottery program were authorized in a large gambling expansion bill passed by legislators and signed by Governor Tom Wolf last year.