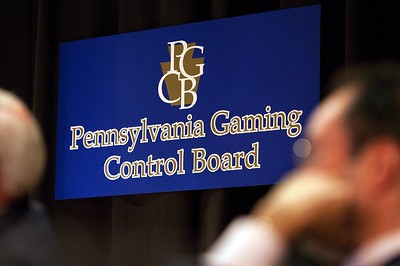 Pennsylvania casinos shut down in March. Since then, lost gaming revenues have exceeded $466 million. Whether May is a bust remains to be seen, as the Pennsylvania Gaming Control Board waits for cues from the state on when to reopen.

On April 16, President Donald Trump and his team unveiled a multi-phase plan to restart the economy. Where the casino industry fits in with that plan remains to be sorted out. In the case of Pennsylvania, reopening is in the hands of Governor Tom Wolf.

Unlike Atlantic City, where nine casinos fall within a 48-block radius, Pennsylvania’s 12 gaming halls are spread out around a very large state. Mohegan Sun at Pocono Downs in Wilkes-Barre lies in the northeast section of the state. The Meadows Casino sits in the southwest corner. Rivers is on the Philadelphia waterfront, and Wind Creek in the Rust Belt city of Bethlehem.

The Pennsylvania Gaming Control Board (PGCB) manages it all. While brick-and-mortar properties shut down last month, iGaming is the one area in a growth phase. And for the PGCB, work goes on.

The board held its first live-streamed teleconference April 1. Another is scheduled for Wednesday, April 29, either in person or live, depending on how the current crisis unfolds.

Based on these figures, slot revenues dropped $139 million, while table game revenues decreased $49.4 million. That represents a combined loss of $188.4 million. Add April 2019’s figures of $277.7 million, and the amount of gaming revenue lost to the coronavirus pandemic tops $466 million.

For every dollar produced as revenue from slot machine play, 54 cents is returned to Pennsylvanians, with 34 percent of that going to property tax relief. On the table game side, 16 cents goes to the state, most of which ends up in the general fund.

Do the math. Lots of money is gone, and May hasn’t even started.

When the time comes to unlock the doors, whether on May 1 or later, the board will work with casino operators to ensure all systems are go, and the public and employees are safe.

“It won’t be a manner in which the doors will swing open and the casino picks up operating as it did the day it closed,” Harbach said. “There will be logical steps in all openings, along with making sure necessary mitigation plans are in place to make certain the environment is safe.”

Those plans will be made in concert with operators, but with no way to know when social distancing measures can be eased, it’s impossible to have final plans in place yet, he said.

Still to be answered: how gradual will the openings be? When will restaurants and entertainment venues open? When will operators reach full capacity?

“We’re continuing to work with local and state authorities to closely monitor health updates and protocols,” Hamilton said. “Our primary goal right now is to maintain the safety of our community.”