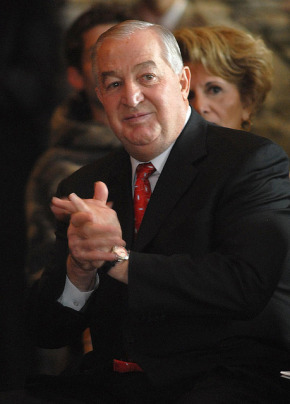 Louis DeNaples, the Pennsylvania businessman who founded the Mount Airy Casino Resort, has lost his court appeal to return to the state’s gaming industry in an ancillary role.

DeNaples divested his interest in the Mount Airy casino in 2009, in a deal with the local district attorney after being indicted for perjury. That case had alleged that the businessman had lied on his application and in testimony that he had any ties to associates involved in organized crime, citing an ongoing association with Scranton mob boss Russel Bufalino.

Armed with an affidavit from Bufalino himself that appeared to countermand DeNaples’ assertions, then-District Attorney Ed Marsico agreed to drop all charges in exchange for DeNaples’ divesting his interest in Mount Airy and agreeing not to do business with the casino, which is in Pennsylvania’s Pocono Mountains. DeNaples divested his interest to a trust fund controlled by his children.

The businessman had recently appealed to the Pennsylvania Gaming Control Board, alleging that the settlement should not prevent firms in which he has an investment stake from supplying goods and services to the casino. He cited his stock ownership in companies such as Coca-Cola and Apple, saying it would be ludicrous to bar those companies from selling to the casino because of his settlement.

The board rejected his request, and DeNaples appealed the decision to the Pennsylvania Commonwealth Court. Last week, the court upheld the gaming board’s decision. Writing for the three-member panel, Judge Robert Simpson ruled that the restrictions imposed on DeNaples can only be lifted if DeNaples provides proof that the statements he made during the 2006 background investigation were not false, writing that the restrictions are “consistent with the board’s interest in safeguarding the integrity of the Pennsylvania gaming industry by prohibiting DeNaples’ participation at any level.

“Although DeNaples avoided criminal prosecution for perjury, he did so by agreeing to relinquish any ownership or control in Mount Airy.”