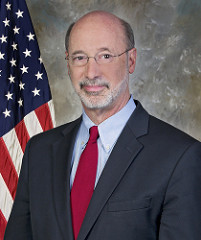 A new report from gambling news site PlayPennsylvania.com shows that more than $385 million of incremental revenue has gone into state coffers in the year since Governor Tom Wolf signed a massive gaming expansion bill into law.

Most of that revenue has come from the various license fees under the new law, from online gaming licenses to sports betting petitions to licenses to open satellite casinos.

PlayPennsylvania estimates that the state has collected more than $23 million from online lotto games ($19.6 million), keno ($3.6 million) and virtual sports ($87,000) through October. Other sources of revenue so far from the law expanding gambling listed by the site include:

“If the point of the expansion was to fill short-term gaps in the state’s budget, then the expansion would have to be considered a success so far,” report author Jennifer Welman wrote. “We believe that the gambling expansion will eventually prove to be a winner for the state’s budget, but the long-term picture is less certain. More casinos and sports books must open before we get a clear picture of whether Pennsylvania’s relatively steep tax rates and license fees will produce the desired outcome.”

Licensees are in the early stages of creating those new offerings, with sports books the first manifestation. Tax revenue will pour in once the satellite mini-casinos—six proposed so far—are in operation, and after online gaming sites and online sports books are up and running.

Another new revenue stream resulting from the law will be video gaming terminals in bars, taverns and truck stops. The York Daily Record reported last week that the first VGTs will soon be offered at Rutter’s convenience stores in Franklin County and the TravelCenters of America truck stop in Greencastle.

“We have approved 23 truck stop locations throughout the state, though any launch of those is still out until at least the first quarter of 2019,” said Dough Harbach, gaming board spokesman, in an interview with the Record, “We will be doing onsite visits to verify what was in their application.”

Applications for VGTs at 20 Rutter’s stores await approval, including those in Chambersburg, Fayetteville, St. Thomas and Mercersburg. The truck stop in Greencastle is among seven TravelCenters awaiting approval. A total of 36 VGT applications are pending before the board.