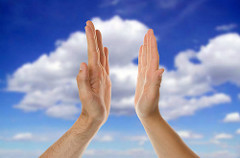 The Pennsylvania Gaming Control Board last week approved and posted temporary regulations for the licensing and operation of internet gaming in the state, and the rules finally address what has been a contentious issue—the number of “skins,” or online casino domain sites, permitted each iGaming licensee.

The regulations follow the iGaming rules in New Jersey, in that they allow each land-based licensee to operate an unlimited number of domains—with one proviso. Each “skin” must clearly identify the land-based casino with which it is affiliated. In New Jersey, skins such as Partycasino.com and Palacasino.com do not generally display their affiliated casinos.

Under Pennsylvania’s rules, the domain must display its affiliated casino, and the site must be linked to the casino’s own website.

“What the Pennsylvania Gaming Control Board did at its public meeting of April 4, 2018 was to approve temporary regulations that enable a very open and competitive market for internet gaming, while at the same time assuring transparency and accountability for the consumers,” said PGCB Executive Director Kevin O’Toole in a press release. “Under these temporary regulations, there is no limitation on the number of skins that a slot machine licensee may employ to deliver games, but every ‘skin’ that a casino offers must be branded in a manner that makes it clear that it is offered on behalf of the slot machine licensee consistent with the language of the act.”

The decision was a setback for operators of the Parx Casino and Hollywood Casino at Penn National, which had lobbied the regulators to limit skins to one domain per operator.

In addition to clearing up the issue of multiple skins—which had been left out of the gaming expansion bill provision authorizing iGaming—the regulations hold that to operate a skin, operators will have to somehow be functionally tied to a casino web domain or some entity owned by the casino:

The regulations say also hold that casinos and platform providers can have as many relationships they want:

All temporary regulations approved by the Pennsylvania gaming board can be found under the “Regulations” tab on the board’s website, gamingcontrolboard.pa.gov.

The Pennsylvania Gaming Control Board will begin accepting applications for interactive gaming licenses April 16. The first applicants among current land-based operators will be offered a $10 million package of licenses for online slots, poker and table games. The second round of applications will be accepted for individual games.

Meanwhile, the Pennsylvania Department of Revenue (DOR) released a set of temporary regulations for online lottery games (iLotto) last week. While the first online casino sites are not expected to go live until at least November, the state-run Pennsylvania Lottery could begin selling tickets online within the next several weeks.

Pennsylvania’s iLottery framework will mimic the system in place in Michigan, which launched its own successful online lottery back in 2014. To play PA iLotto, gamblers must meet the following requirements:

• Must be physically geo-located within the state

There’s no language suggesting that PA iLotto players be residents of the state in order to play. Instead, it’s only indicated that they be inside the borders of the commonwealth to do so. (Some states require players to be residents.)

Initially, the game selection will be limited to electronic instant-win tickets. Officials say draw games like Powerball and Mega Millions could be added later.