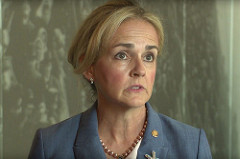 The Pennsylvania House of Representatives raised the ante on gaming expansion in the state last week, passing its version of a massive gaming bill that would legalize online gaming and daily fantasy sports, along with tablet iGaming at airports, and replace the local-host fee for land-based casinos that was struck down last year by the state Supreme Court.

However, the House version of the gaming package adds could throw the future of the expansion package into question as the legislation goes back to the Senate with the new amendments.

The 675-page House bill, passed on a quick 102-89 vote after very little debate, adds provisions to the Senate-passed version that are likely to be hotly debated in the Senate—most prominently, inclusion of a controversial measure that would authorize video gaming terminals, or VGTs, at around 8,000 bars, taverns and other liquor-licensed establishments. The measure, which could result in nearly 40,000 VGTs across the state, faces strong opposition in the state Senate, and was one of the main reasons last-minute legislation failed at the end of last year’s session.

The VGT proposal also has been opposed by 11 of the state’s 12 land-based casino licensees, who predict it will siphon off their slot revenues.

The state Senate had cleared a version of the legislation that would legalize and regulate online gaming and daily fantasy sports, authorize gaming on iGaming kiosks and tablets at the state’s airports, and authorize sales of state lottery tickets over the internet. Additionally, it would replace the local-community host fee stuck down last fall by the state Supreme Court, with a $10 million flat fee to be paid by all casinos to the local host community.

House members retained all those provisions, but addressed what was seen by many as the biggest flaw in the Senate bill, a 54 percent tax rate for online casino games that had land-based operators stating they would not seek a license to operate iGaming with a revenue tax as high as the rate they pay for slots.

The bill passed by the House would tax all online gaming revenues at 16 percent, with licensees paying an additional 3 percent local share assessment on iGaming income. DFS contests, authorized for those 18 or older, would be taxed at 19 percent of adjusted revenues.

However, state senators will now receive a measure that goes far beyond a different tax rate in its difference from the Senate measure, including not only VGTs, but slot machines at off-track betting parlors and sports betting (pending repeal of the federal ban).

Many House members complained that the vote on the massive bill was forced only six hours after they received it. Republican Rep. Scott Petri, chairman of the House Gaming Oversight Committee, told the Associated Press the bill is “a complicated, convoluted regulatory scheme that we have no idea whether it’ll be effective… The only thing we know is once we make it law, the Gaming Control Board will be stuck with it, and we will be left with a surprising bill.”

Democratic Philadelphia-area state Rep. Madeleine Dean, in an op-ed piece for the Philadelphia Inquirer, also assailed the rush job on the legislation. “Whether you agree with expanding gaming in Pennsylvania or not, an expansion of this magnitude requires serious consideration to determine its effect, both fiscally and ethically,” Dean wrote.

“Unfortunately, legislators were given only six hours to consider this 675-page bill before being asked to cast a vote. In the end, I voted no—not because I oppose all gaming—but because there was no way to cast a responsible and informed vote. Mine was a vote against a failure of process.”

Both the state Senate and the governor’s office pledged an effort to work out a compromise bill that will allow expansion to move forward. Of particular urgency is the host-fee replacement, which has to be in place before the next local-share payment is due in July, but the state budget for the fiscal year beginning in July counts on incremental revenue from online gaming, DFS and airport tablet gaming to help plug a $3 billion budget deficit.

The largest sticking point going forward will likely be the VGT provision, which would authorize liquor establishments and truck stops to operate five to 10 VGTs each, with a 37.5 percent revenue tax and 4 percent local share assessment. Part of the revenue would go toward the state Lottery Fund that benefits senior citizens, fire and EMS grants and other programs.

“This has the potential to be a disaster for our children, our families and our communities,” Bucks County Republican Rep. Gene DiGirolamo told Penn Live.

“This legislation is bad legislation,” Rep. Stephen Kinsey, D-Philadelphia, told the Allentown Morning Call. “These machines could possibly be in every single neighborhood.”

However, Rep. Mike Sturla, a co-sponsor of the VGT measure, told the newspaper it is meant to regulate and tax an activity that already exists throughout the state. “We have 40,000 illegal VGTs that exist,” he said. “About time we finally regulate and control it and get some dollars for the citizens of Pennsylvania.”

The Pennsylvania Tavern Association also strongly supports the measure, which two weeks ago drew the opposition of Las Vegas Sands Corp. in the form of a $1 million statewide advertising campaign through a Sands-funded lobbying group.